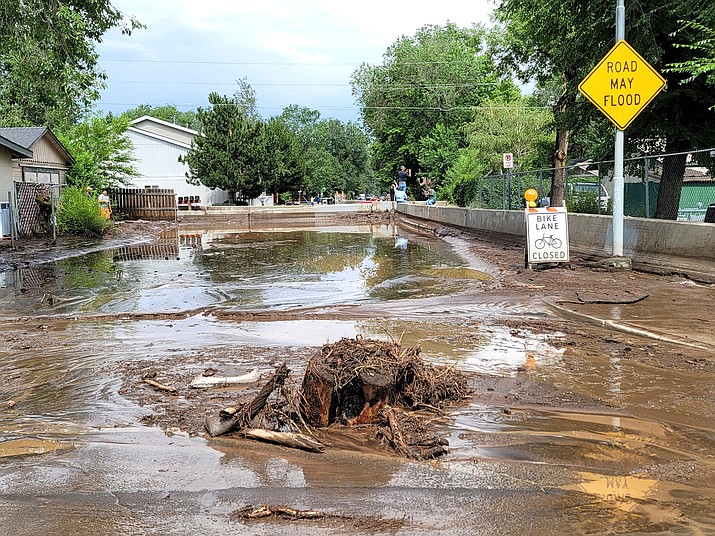 Flooding seen in late July in Flagstaff as a result of runoff from the Museum Fire Burn Scar. (Photo/Coconino County)

Ducey said Aug. 25 that damage caused by post-wildfire flooding has taken a severe toll on parts of the northern Arizona county.

The National Weather Service reported Aug. 17 that up to 3.3 inches of rain fell on the Museum Fire burn scar and surrounding areas in Coconino County.

The declaration of emergency makes state funding available for response efforts and directs that the Emergency Response and Recovery Plan be used to oversee the deployment of state and other assets.