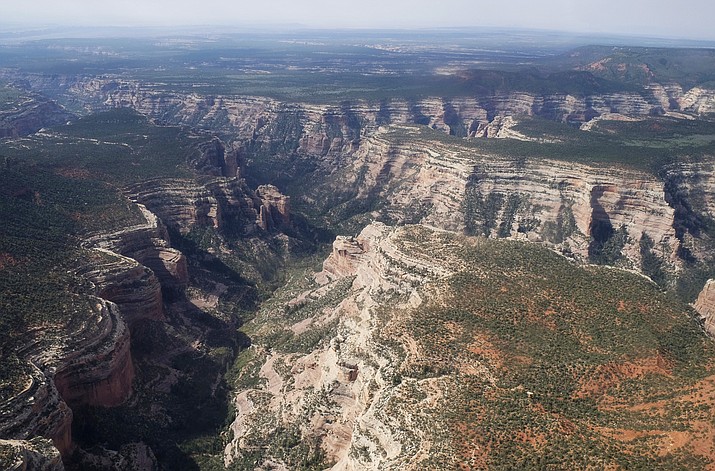 ALBUQUERQUE, N.M. (AP) — An Indigenous leader from New Mexico and former U.S. Interior Secretary Bruce Babbitt called on the federal government Aug. 24 to overhaul its oil and gas leasing program to ensure the protection of cultural resources, saying for far too long tribal expertise has been ignored to the detriment of sacred landscapes.

Acoma Pueblo Gov. Brian Vallo and Babbitt highlighted recommendations outlined in a new report that looks at the government's leasing policies and how they have been implemented across the West over several decades. It seeks ways to better protect areas including Utah's Bears Ears National Monument and Chaco Culture National Historical Park in New Mexico.

The recommendations are centered on how land managers can incorporate tribal expertise into decision-making to better understand what resources could be at risk before permitting and development begins. They also call for the Bureau of Land Management to take a lead role in determining which areas can be developed rather than industry nominated parcels for drilling.

Vallo and others expressed optimism Aug. 24 that an ongoing review of federal leasing policies by President Joe Biden's administration will come to some of the same conclusions and that changes could be on the horizon.

The battle over drilling in the West has spanned multiple presidential administrations, with federal officials long reluctant to overhaul what has been a significant sector of the U.S. economy.