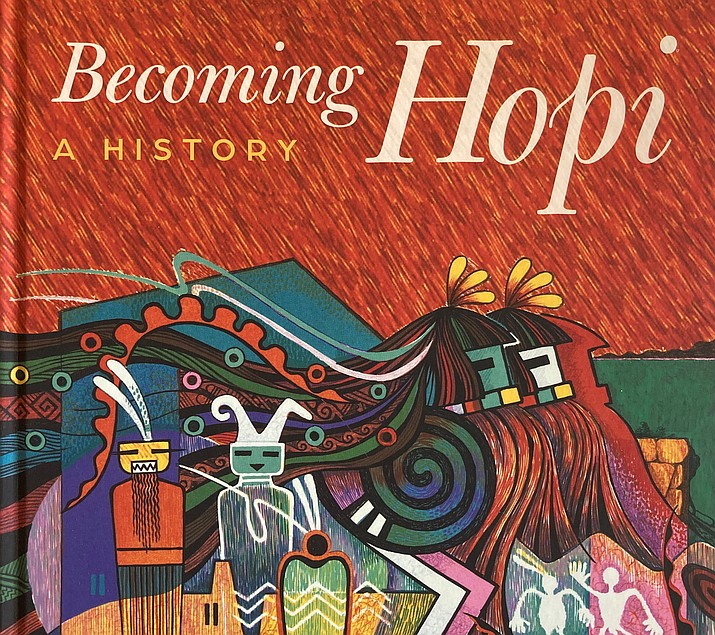 FLAGSTAFF, Ariz. — ‘Becoming Hopi: A History’ is a comprehensive look at the history of the people of the Hopi mesas as it has never been told before — one that is told for the Hopi people themselves.

In the preface of ‘Becoming Hopi,’ former Hopi Cultural Preservation Officer Leigh Kuwanwisiwma said the origins of the book came from seeing if he and other editors could produce something like a ‘Hopi Atlas, something that documents all the ways that Hopi people are tied to the landscape.’

“In the last few years, we’ve lost most of the last generation that had links to the time before the Orayvi split, so putting this information down in writing is important,” he said. “Traditionally, the tsáakmongwi (Crier Chief) would cry out important information to the village — I see this book as fulfilling that same role, sharing the knowledge that should be known by all.”

The Hopi Tribe is one of the most famous and intensely studied Indigenous groups in the world, said the ‘Becoming Hopi’ editors.

“It is surprising then, that the long history of the Hopi Mesas is so poorly understood,” they said. 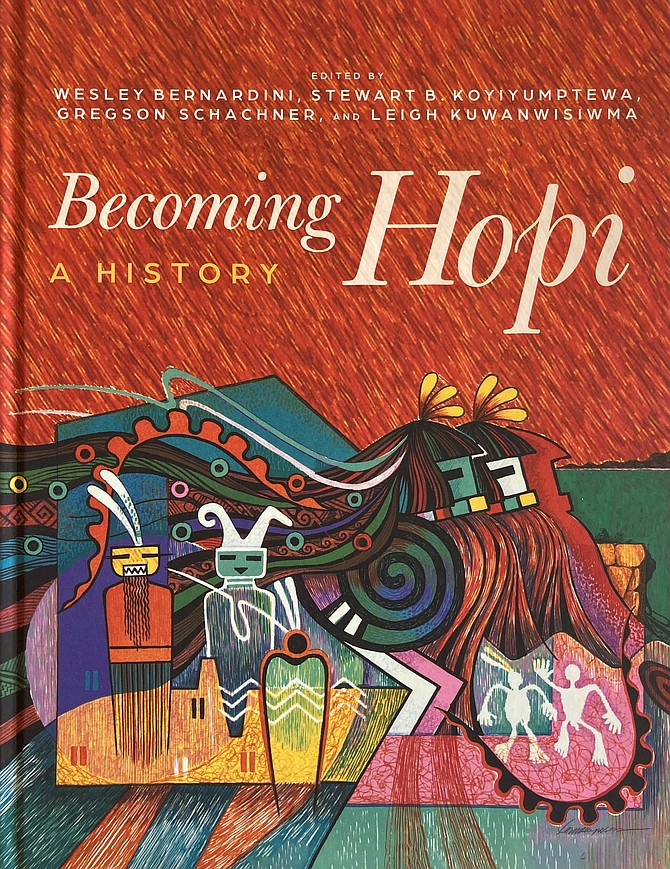 Most popular accounts of Hopi history romanticize Hopi society as ‘timeless,’” according to a press release from the University of Arizona Press.

“The archaeological record and accounts from Hopi people paint a much more dynamic picture, full of migrations, gatherings and dispersals of people; a search for the center place and the struggle to reconcile different cultural and religious traditions,” the press said.

‘Becoming Hopi’ weaves together evidence from archaeology, oral tradition, historical records and ethnography to reconstruct the full story of the Hopi Mesas, rejecting the colonial divide between ‘prehistory’ and ‘history.’

“This book will help the Hopi people to reflect on their future by understanding where they came from,” Kiwanwisiwma said.

While other books have been written about the Hopi, Stewart Koyiyumptewa, program manager for the Hopi Cultural Preservation Office and two members of the Cultural Resources Advisory Task Team, said a book like “Footprints in Hopi History: Hopihiniwtiput Kukveni’ was an impressive piece of scholarship, but it was not written for us.”

“The language was too technical, the interpretations too specialized and academic,” Koyiyumptewa said. “In their opinion it was not a book that would be useful for an average Hopi person to learn about their own history.”

He said he knew that “Becoming Hopi” would have to meet a different standard — and would have to be a book that CRATT members would agree was “written for Hopis.”

“I wanted to involve Hopi youth in the project so that they can see what our office does for them, and to help them become part of the next generation who will continue to preserve Hopi culture,” Koyiyumptewa said.

The Hopi and their ancestors have lived on the Hopi Mesas for more than 2,000 years, a testimony to sustainable agricultural practices that supported one of the largest populations in the Pueblo world. ‘Becoming Hopi’ is a collaborative volume that integrates Indigenous voices with more than 15 years of archaeological and ethnographic fieldwork.

Accessible and colorful, this volume presents groundbreaking information about Ancestral Pueblo villages in the greater Hopi Mesas region, making it a fascinating resource for anyone who wants to learn about the rich and diverse history of the Hopi people and their enduring connection to the American Southwest.