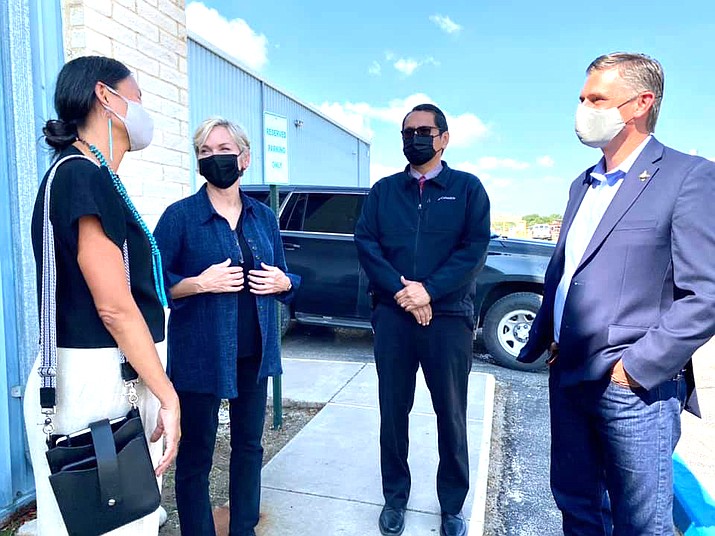 Granholm said in a statement it “was great” to meet Nez and the Navajo Nation’s cabinet “to discuss opportunities to accelerate the transition to a clean energy economy.”

The region is preparing for the closure in the coming years of two major coal-fired power plants and the mines that feed them.

Nez said the discussion focused on ongoing development of the Bisti Solar Project in Huerfano, which could produce as much as 100 megawatts of solar energy, and a 100-megawatt battery energy storage system.

“Renewable energy is the future of the Navajo Nation,” Nez said in a statement. “We are pleased to share that vision with Secretary Granholm, the Biden-Harris Administration and the state of New Mexico.”