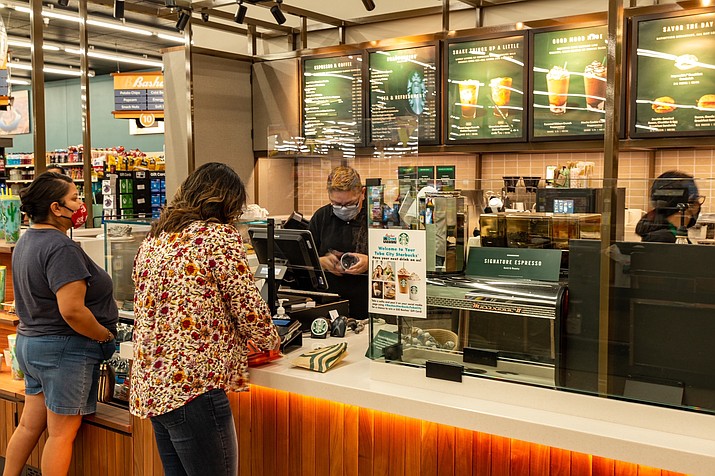 TUBA CITY, Ariz. — With much anticipation and people lining up at 6 a.m., Bashas’ Diné Market Tuba City opened its doors for Starbucks patrons Aug. 21, for the grand opening of the second Starbucks coffeehouse on the Navajo Nation.

Special guests for the opening included Johnny Basha of the Basha family and Navajo Nation President Jonathan Nez and Vice President Myron Lizer. Nez also announced that another Starbucks would be built in the near future in Kayenta also within the Bashas’ Dine Market located there. 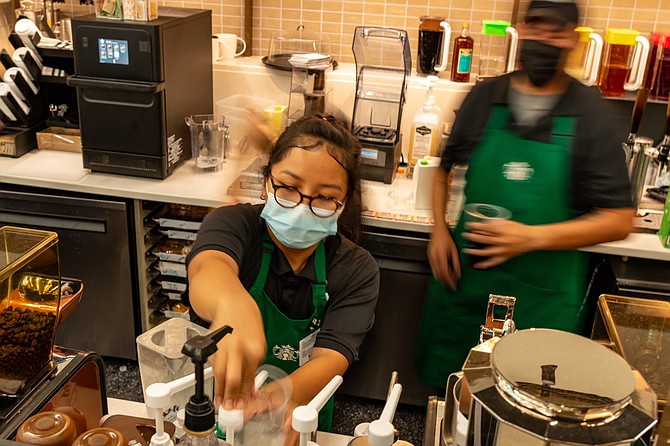 Workers at the Starbucks in Tuba City Aug. 21. This is the second Starbucks to open on the Navajo Nation, a third is scheduled to open in Kayenta in October. (Gilbert Honanie/NHO)

The Starbucks addition in Tuba City will add up to 20 jobs to the local community. A Starbucks will open in the Bashas’ Diné Market in Kayenta in early October.