With students back in school, Tuba City Unified School District’s new superintendent talks about student safety and learning in a new environment 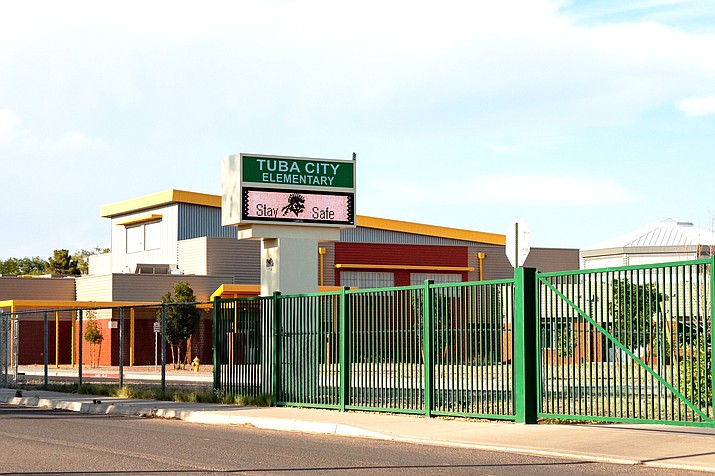 TUBA CITY, Ariz. — Tuba City Unified School District Superintendent Dr. Terry Maurer hasn’t been on the job long, but he has high hopes for the school year despite its challenges — the ongoing pandemic and addressing the 18 months students were out of in-person learning last year.

At a governing board meeting held Aug. 11, the board recommended and approved a resolution mandating masks for all students, faculty, staff and visitors to TCUSD schools.

While TCUSD schools are Arizona Department of Education Schools, the school district is following and working with the sovereignty of the Navajo Nation and its executive orders to all people on the Nation, according to Maurer.

The Nation also went back to ‘Orange Status’ because of a rise in COVID-19 cases.

Maurer said the governing board has approved sports for the fall season.

“We will have to make some modifications because some of the teams that we play, like Grey Hills Academy, have foregone their fall season,” he said. “But we’re still pushing forward.”

At the time, Aug. 12, Maurer thought that might mean 50 percent attendance at games but with the ‘Orange Status’ implemented Aug. 16, attendance could be limited to 25 percent.

“We’ll follow the guidelines, but decisions will be at the minute,” he said, adding the stadium for football can be opened on both sides, so there would be space for people to be spread out.

Maurer said he, faculty and staff have spent a lot of time working with the community on what re-opening would look like. The school district reopened Aug. 2.

Maurer said that with the district’s instructional model, it allows for choice, which includes a remote instruction model for students. For kindergarten through fifth grade, that means a live teacher presenting a lesson. Then there is a learning management system (LMS) that’s for independent practice or re-teaching if a students does not understand a single concept in a lesson. They can access the LMS for a video about the concept they need help with.

There are also other mitigation strategies around the heating, ventilation and air-conditioning systems at the schools.

“We’ve actually put in a system that’s an ionizer into our building and an HVAC that monitors the air quality in the rooms,” Maurer said. “If the air quality starts to falter, this [system] zaps the room. It kills like 99.94 percent.”

The new system is in place in all of the building except for some parts of building that are old and have significant issues with the HVAC systems.

How is the school year going so far? 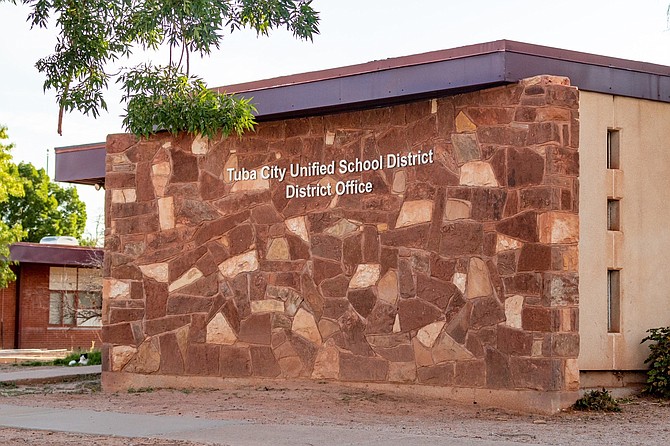 “If we don’t crack a book other than just some reading together in these first two weeks, we’ve done exactly what I wanted to do,” he said. “Let’s get the children in. Let’s get them secure and safe through the routines and how things will work. Then, that way, when we start instruction at a pretty serious level, we’re not worrying about the other things that can distract us the entire time.”

18 months is not lost time

Maurer made clear that students are not going back to the way things used to be.

“This idea that children have lost something, or it’s a lost year, is absolutely a misnomer,” he said. “We have kindergartners who can log onto Zoom, can share a screen, who can put together a small presentation. They’re six and they can do these things. You go back two full years and bring out an eighth or ninth grader and ask them to do those things and they would struggle, but a six-year-old can do it. This idea that something was lost in a traditional sense for what we would call information, maybe. But they weren’t connected or relevant to the 21st century. It was 19th century.”

But Maurer said he does understand that some knowledge that students might need, they might not have learned during the time the schools were closed. He said for those students there’s something called ‘right on-time intervention.’

“We know what lesson needs to be taught or what needs to be worked through at this singular day. We know the building blocks to get there,” he said. “We know there’s a lot of peripheral stuff that gets done that isn’t part of that full building block. So putting that building block in, prior to teaching that lesson, isn’t taking six months, but a couple of days because you’ve really honed it into a sharp edge on what they need to no. It’s not remediation, it’s acceleration though the stuff they absolutely need to know in order to teach what they need now at grade level content.”

Goals for the next six months

Maurer said he realizes that his goal of 100 percent in-person learning isn’t going to happen. And that’s ok because some students do very well with remote learning and their families and clubs take care of the socialization that the school is normally responsible for.

But when Maurer looks at what he thinks will make a difference for students throughout their academic lives, he wants to make sure they can read.

“It is my core belief that individuals who can read at, or above, grade level — we know that’s a gatekeeper. We know that’s one of the quick checks for future success. So really stressing with the teachers, instructional staff and assistants that we are working at getting the students at or above grade level in reading.”

Another goal is that by the end of December, Maurer wants to have seen a successful fall sports season.

“I’d like to see our winter sports up and running,” he said.

He would also like to continue with no spread of COVID-19 in the school system.

“We have no transmission on our campus,” Maurer said as of Aug. 12. “Our community spread is extremely low. We’re working with the community, Tuba City Reginal Health, on the mitigation strategies and continuing to support our community because we’re not out of the pandemic. There’s still food insecurities. There’s still transportation struggles. The internet infrastructure is still abysmal.”

Maurer said while TCUSD can’t lay the actual cable, they can put pressure and possible resources and cooperation on the entities who can.

More information is available from TCUSD.