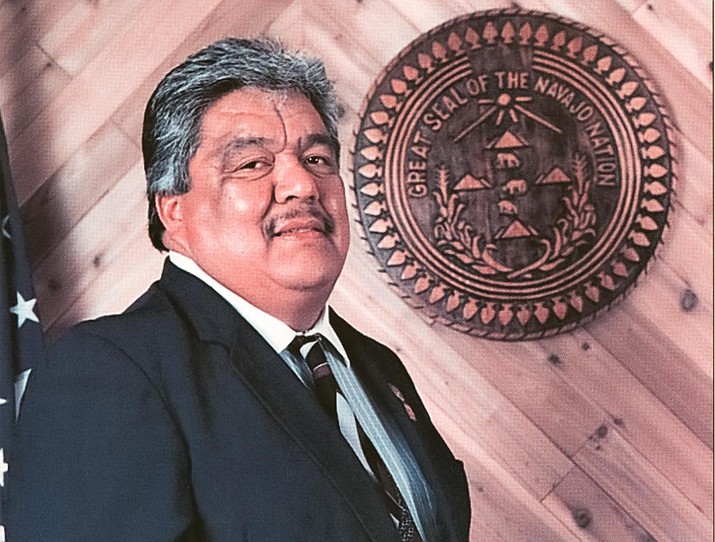 “My wife Phefelia and I offer our condolences and prayers for President Kelsey Begaye’s family. To his wife Marie and their children, we pray that you take comfort in knowing that your husband and father is now with God. Mr. Begaye was a very humble and loving person, who overcame adversities at a young age and turned to his faith to become a loving family man, a Vietnam veteran, and a great leader for his people. Throughout his lifetime, he drew his strength and determination from his faith and gave back so much to our Navajo people. He will be greatly missed,” Nez said.

Prior to his public service, Begaye served in the Vietnam War as a member of the United States Army. He later became a substance abuse counselor, helping many young people to overcome drug and alcohol abuse.

Before he was elected President, Begaye served as a local school board member, president and secretary/treasurer for Kaibeto Chapter, and two-terms as the Speaker of the Navajo Nation Council.

He served as the president of the Navajo Nation from 1999-2003 with former vice president Dr. Taylor McKenzie.

Navajo Nation Chief Justice JoAnn B. Jayne offered condolences as well as those of the judicial branch.

“As Navajo Nation Council speaker, Navajo Nation president, and a Naat’áanii, he served our Diné with honor, justice and humility,” Jayne said. “We are grateful for his military service and for his public service and guidance to the Navajo people as a leader, mentor and counselor. Ahé’hee’. Our Nation pays tribute to the vision, mission, accomplishments, gifts, and generosity he bestowed upon the Diné.”

“He was a person of great faith who helped many others throughout his lifetime,” he said. “Our Nation is stronger and more prosperous because of his service and great leadership. He leaves behind a great legacy built on humility, service, and faith. Our thoughts are with his loved ones at this time."

Begaye is survived by his wife, Marie Begaye, and five children. Their eldest son passed away in 2014.

A proclamation will be issued once details of the service are finalized.

The Navajo Nation Office of the President and Vice President continues to offer support to the family.