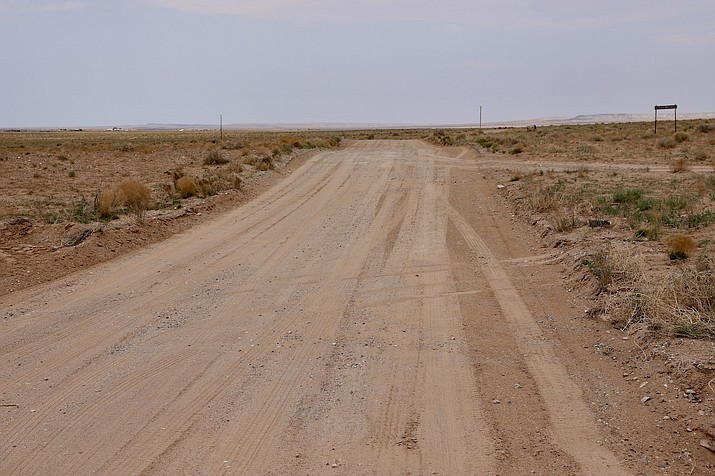 Community members in Birdsprings celebrate the start of road improvements on N71 road. (Photo/Office of the President and Vice President)

This stretch of road serves as a primary bus route for more than 100 students who attend Little Singer Community School as well as many local residents.

“Recently, the Birdsprings Chapter was one of many communities that experienced flooding and road washouts due to heavy rainfall,” Nez said. “Now, thanks to the persistence and hard work of past and present leaders, N71 will soon be paved for the benefit of Little Singer Community School students and teachers, first responders, and many local residents who rely on the road on a daily basis.”

Road improvements will include grading, pavement, drainage, fencing, and the installation of cattleguards, which will make commuting much safer for residents and school buses.

The project is funded through the Tribal Transportation Program under the Federal Highway Administration.

As a child, Wagner said she remembers local residents talking about the need for improved roads in the community. She also called on the younger generations to learn from their elders and continue advocating for their communities.

“This was a homegrown initiative that many elders have prayed for over the years. The Little Singer Community School board has supported this project for many years through resolutions. We are here because of our past and present leaders,” Walker said.

Birdsprings resident and longtime member of the Little Singer Community School board, Dennis Yazzie, was also in attendance and provided the opening prayer for Thursday’s event. He also thanked the Nation’s leaders, spoke about his personal experience and support for the road project, and stated that the community’s “prayers have been answered.”

Construction of N71 is expected to be completed in one year.