Shrimp in the ballcourt at Wupatki National Monument? Well, sort of. 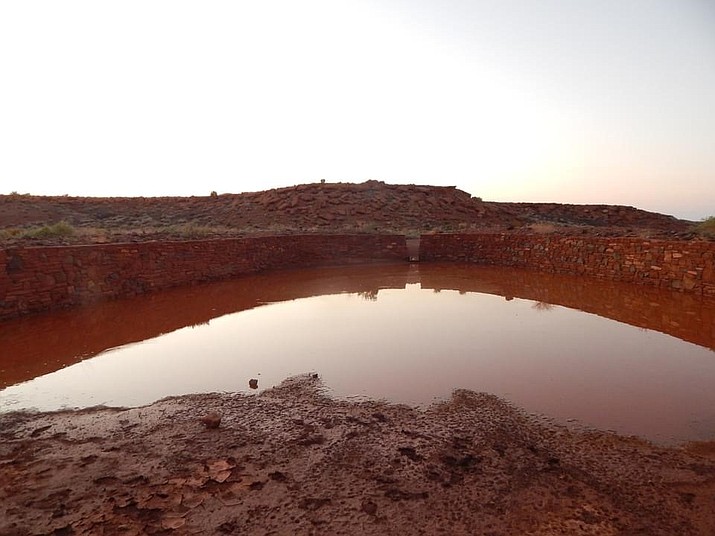 WUPATKI, Ariz. — Wupatki National Monument staff reported seeing tadpoles in the standing pool of water down in the ballcourt on the Wupatki Pueblo trail.

They said, this would not be unusual because the recent rains have brought up the toads from their underground burrows. However, upon investigation by rangers they found something entirely different and somewhat unexpected.

Tadpole shrimp, also known as Triops, are technically neither tadpoles nor shrimp, but they are crustaceans. Triops is a genus of small crustaceans in the order Notostraca.

They live in vernal pools in Africa, Australia, Asia, South America, Europe and some parts of North America.

They are sometimes called living fossils because their outward appearance has changed very little since the Triassic.

How do crustaceans live in such dry conditions?

They have a very specialized adaptation that allows their eggs to survive being completely dry for long periods of time.

These little horseshoe crab looking critters lay in wait until a pool of water remains long enough for the eggs to hatch.

Then they gorge themselves, grow to adulthood in just over a week, breed, and lay more eggs to repeat the cycle. They are also food for birds such as nighthawks here in the monument.

Triops are just another example of how even in the harshest conditions, life finds a way.