Rumble on the Mountain returns to Flagstaff Aug. 7 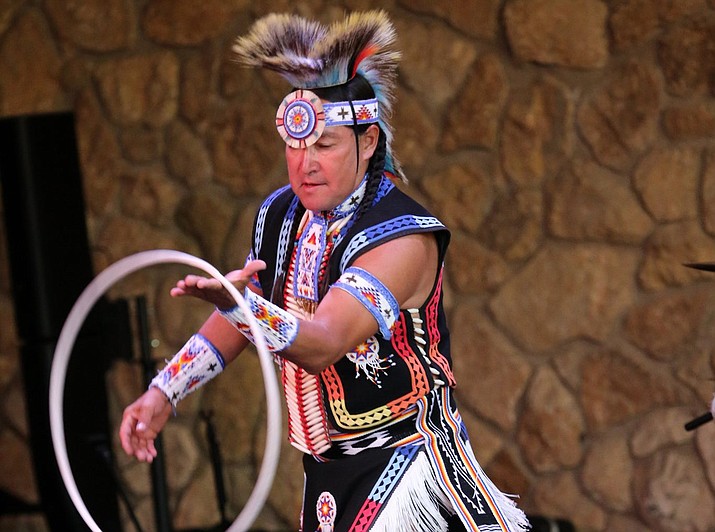 Rumble on the Mountain 7 takes place Aug. 7 at the Orpheum Theater in Flagstaff. (Submitted photo)

FLAGSTAFF, Ariz. — Rumble on the Mountain 7 will take place Aug. 7 from 6 – 10 p.m. at the Orpheum Theater in Flagstaff — the theme of this year’s event is ‘Welcome to Flagstaff’ — proof of vaccination is required for those attending in person.

In-person tickets are limited to 130, but the event will be livestreamed on Facebook and YouTube. Tickets can be purchased at www.orpheumflagstaff.com.

Ed Kabotie, event organizer, said this year’s theme directly relates to the way Indigenous people are treated in the city of Flagstaff and can be broken down into three related issues.

One of these issues is the expansion of Arizona Snowbowl, which is opposed by 13 tribes associated with the mountain who are opposed to using reclaimed water on the Peaks.

The third issue is water. Kabotie said the city and other entities take the position that Hopi, which is the oldest, continuously inhabited communities in all of North American, has no right to the water of the Little Colorado River.

“We've been in the communities that we’re in, some of them for over a thousand years, our connection to the landscape and to the Little Colorado [River] are both historic and ancient,” Kabotie said. “These are systemic issues.”

With all the issues over the last year, a global pandemic, which showed disparities in Native populations for medical care, access to healthy, or just food in general, Kabotie said this is an ideal time to also address systemic violence against Native people — with Native people, statistically, more likely to be fatal victims of police violence than even African Americans.

Kabotie points out that Rumble events are always proactive, seeking to answer the question for people who wonder what they can do to help.

The show will feature speakers and performers from the Hopi Nation,

The issues of Standing Rock are in Flagstaff too

Kabotie continually reminds people that while Standing Rock got a lot of national attention, the issues that tribes brought up during that time are issues in Flagstaff and surrounding tribal communities right now.

Kabotie wants people to recognize that there are still 500 open pit uranium mines on the Navajo Nation from the Cold War, there are groundwater problems throughout the nation, the only operating uranium mine is in the state of Arizona, two-thirds of people on Hopi who have running water still have to haul it because of arsenic contamination.

A unique place and people can create a different outcome

Kabotie believes that the attention paid to national disparities over the last year could have a positive effect, especially if the people in and around Flagstaff start recognizing some of the systemic issues that Rumble on the Mountain 7 is addressing are at work right now in their community.

“I mean, look at where it lies, 13 Indigenous nations surrounding it. So much conscious wisdom, not only in the ancient sense, but also in the contemporary sense. We have the education, we have the university, we have enlightenment, science, culture, tradition,” Kabotie said. “Flagstaff has the potential to be a model city for the world. And it should be, but we need to confront our systems because we may look at ourselves as an enlightened community today. But when you look at our statistics, as far as our treatment of Indigenous people, we’re no different than any other city in the United States, if not worse.”

Maintaining hope in the face of systemic issues

Kabotie believes that, despite the lack of positive outcomes on some of the issues Rumble on the Mountain 7 is addressing, speaking out against injustice is a responsibility, a duty.

“If I were looking at outcomes, I’d be discouraged,” he said. “And honestly, I do [get discouraged]. But when I come back to a place of centering, which to me is taking time to be a part of my culture and interacting with the natural world around me, that brings me back to my center. And from that center point, you recognize it’s not about the outcomes, it’s about the responsibility. I wouldn’t be doing this if I didn’t have hope. I wouldn’t be doing this if I didn’t anticipate something good coming out of it.”