Peshlakai sees climate change as a problem on reservations throughout Arizona 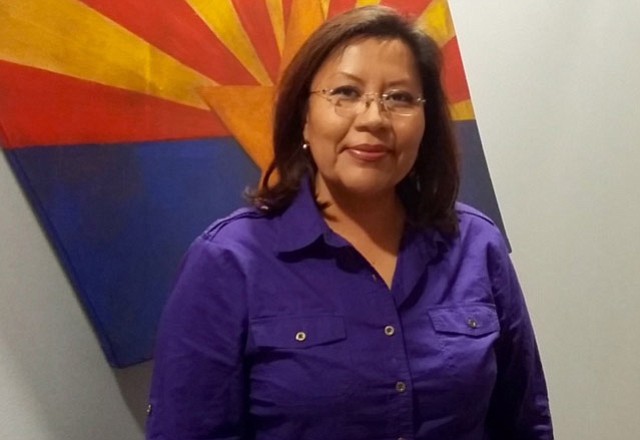 CAMERON, Ariz. — Arizona State Sen. Jamescita Peshlakai sees the impact of global warming on reservations around Arizona, including the Navajo Reservation, which is why she supports the infrastructure bill Congress is considering.

Peshlaki said she feels this bill will address some problems that have resulted from climate change.

According to Peshlaki, Indigenous people, especially in Arizona, live closer to the land than other people and therefore feel the effects of climate change more than others. She said more extreme weather is seen every day in northern Arizona, including heat and drought, which impact the livestock, crops and water supplies.

She said air quality has also been impacted from nearby forest fires.

Peshlakai said many people on the reservation feel the impact of extreme heat because they have no electricity or running water.

“I see some lying as still as they can, just sitting in the shade. They wet their clothes down and place hand towels on top of their head,” she said.

Peshlakai said the drought has caused many Navajo people to lose livestock and domestic animals.

“We always have to keep our guard up for the unbalances of nature. There can be consequences that we cannot anticipate,” she said.

“It’s tragic that most people are not aware of our situation,” she said. “It’s tough for my constituents. My heart goes out for them. We need to watch out for each other with water and food.”

The infrastructure bill, also known as the American Jobs Plan that Congress is considering would include programs for tribes including weatherization, such as installing high efficiency systems, windows and insulation to make buildings more energy efficient; and and investment into clean renewable energy such as solar and wind.

Peshlakai said Arizona is the sunniest state in the country and the state should be the leader in solar energy, but instead has let fossil fuel companies dictate what they can do, including subsidizing fossil fuels.

“We should not be slaves to the power grid,” she said. “Arizona and the U.S. should lead the world in solar usage. We’re allowing China to be the leader in that area and that is not where we should be headed.”

“We need to take back responsibility,” she said. “We need to save resources.”

Additionally, Peshlakai said people should grow their own gardens where they are able and said she would like to see a Civilian Climate Corps on the Navajo Nation. She said former Navajo Nation presidential candidate Rex Lee Jim proposed the idea, which would mean training Navajos for renewable energy jobs and helping the environment at the same time.

“I don’t see why we cannot do this at the most local levels,” she said.

Peshlakai said in Europe recycling is second nature and in Japan children use public transit to get to school. She said measures like this help the environment.

“We need to take a stand on what is happening to our planet, our mother,” she said.

Peshlakai said water remains the number one resource on Navajo, but it is a scarce resource in some places and abundant in others. She said people with money will take this resource while others go without.

“People without money will lose. Indigenous people have lost so much water,” she said.

Peshlakai said tribal leaders and lawyers need to continue to watch for Native American water rights. She said water rights is one issue, but distribution is another.

“If no one has an iron pipe we won’t get the water,” she said. “We have to decide how to access the water,”

Peshlakai remains frustrated because she lives close to the Colorado River, but cannot access the water.

“We need to vote in people who believe in science. It’s time to wake up and smell the coffee,” she said.

During a recent meeting with U.S. Secretary of Transportation Pete Buttigieg, Gila River Gov. Stephen Lewis said climate change is real and they need to start preparing for it.

“Our tribal leaders need to hammer away at state legislatures and Congress on climate change. The squeaky wheel gets the grease,” she said.

“Our nature, traditions and culture say live and let live, but in this day and age we need to adapt. We cannot allow future generations of indigenous people to go down this road,” she said. “With infrastructure, we need to get to the basics. We don’t need band aids. We need to get to the heart of the issue for economic survival.”