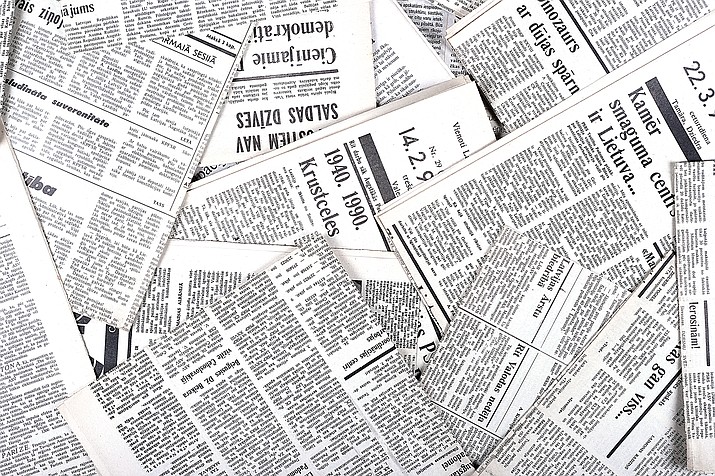 The bill, co-sponsored by Kelly, D-Ariz., and Sens. Maria Cantwell, D-Wash., and Ron Wyden, D-Ore., comes five weeks after a similar bill was introduced in the House.

“I think it’s really important to these towns and smaller cities,” Kelly told the Green Valley News. “These local journalists have really been struggling lately and the pandemic made it worse. We’ve got a lot of newspapers and local broadcasters who have failed because of the way the industry has changed and I think it’s important we figure out a way to help them out.”

Kelly said he was drawn to the legislation because it is consumer- and market-focused.

“The community’s going to have to be on board with this, too… It’s more of like, we’re all in this together approach,” he said.

The Local Journalism Sustainability Act was introduced in the House in July 2020 by U.S. Reps. Ann Kirkpatrick, D-Ariz., and Dan Newhouse, R-Wash. It drew 78 co-sponsors but didn’t make it out of the House Ways and Means Committee.

The bill was reintroduced by Kirkpatrick and Newhouse on June 16 as HR 3940 and currently has 28 co-sponsors — 21 Democrats and seven Republicans.

The bill would help local newspapers reach viability over the next few years through three tax credits:

•Newspaper subscriptions: A five-year credit of up to $250 annually to cover 80 percent of subscription costs for readers the first year and 50 percent each of the next four years.

•Hiring journalists: A five-year credit of up to $25,000 the first year and $15,000 each of the next four years to help newspapers hire and pay the salaries of journalists.

•Advertising: A five-year credit of up to $5,000 the first year and $2,500 each of the next four years for small businesses to spend on advertising in local newspapers and media, including local television and radio stations.

The act would sunset in five years and has the support of newspapers and industry groups across the country, including the National Newspapers Association, News Media Alliance and America’s Newspapers.

Kelly said he doesn’t expect growing criticism of the media in recent years to be a roadblock.

“I don’t think it matters if you’re a Democrat or a Republican,” he said. “If you live in a smaller community, small town or small city, I don’t think it’s a partisan thing. You like your local paper, it’s a local market. I hope it will have broad bipartisanship support for it, I think it will.”

Cantwell, who has long backed legislation to support local news organizations, released a report in October on transformations in the news industry and the effects on local journalism. The report found that the newspaper industry has lost about 70 percent of revenue and 60 percent of its workforce in the past two decades.

The newspaper industry itself cites alarming figures. An estimated 2,000 newspapers have closed across the country since 2004, leaving thousands of communities without a local source of news and information, even as big-city metros continue to contract and pull back on regional coverage.

Kelly said he’s encouraged by the bill’s chances this year.

“It always takes work, but, yes, I think we have a good shot at getting it past,” he said.