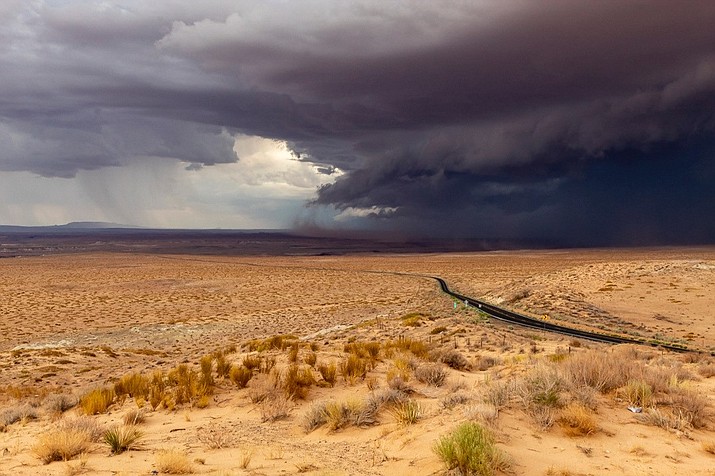 A monsoon storm gathers over the Hopi reservation July 25. The storm produced heavy flooding across Hopi land and on the Navajo Nation resulting in the Hopi Tribe declaring a state of emergency July 25. (Gilbert Honanie/NHO)

The flooding resulted in rock and mudslides that damaged sewer, electrical lines and public infrastructure.

According to the tribe, the National Weather Service expects widespread thunderstorms across northern Arizona the first part of August with an elevated threat of flash flooding.

The public is advised to avoid flash flood areas and be aware of flooding threats.

The tribe is responsible for providing emergency response and support to villages.

More information is available from the Hopi Tribe at https://www.hopi-nsn.gov.