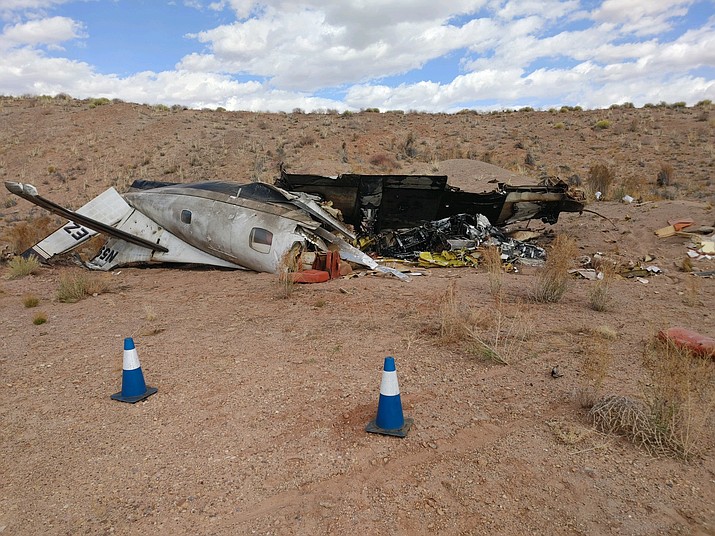 Update: On April 23, 2021, at approximately 3:20 pm, Navajo County Sheriff’s Office received multiple calls for a plane crash in the area of State Route 87 half a mile north of Interstate 40. Upon the Deputies arrival, Fire and Rescue, Arizona DPS and Winslow Police Department were there securing the scene.

There were two deceased males located near the plane crash. NTSB and FAA permitted the medical examiner to remove William Whittington (71) of Scottsdale and Stephen Kirkby (48) of Cave Creek from the scene.

NTSB and FAA will remain over the investigation.

HOLBROOK, Ariz. — On April 23 at 3:20 p.m., Navajo County Sheriff’s Office dispatch center received a report of an airplane crash north of Interstate 40 near the State Route 87 junction, near Winslow.

Navajo County Sheriff’s deputies, Winslow Police Department, Arizona DPS, and Winslow Fire Department (WFD) responded to the scene. Upon arrival, the aircraft was on fire and was extinguished by WFD personnel. At this time, two known persons sustained fatal injuries. The occupants of the aircraft are currently unidentified.

The investigation will be conducted by the NTSB/FAA. Detectives from the Navajo County Sheriff’s

Office were on-scene to assist with the initial investigation.