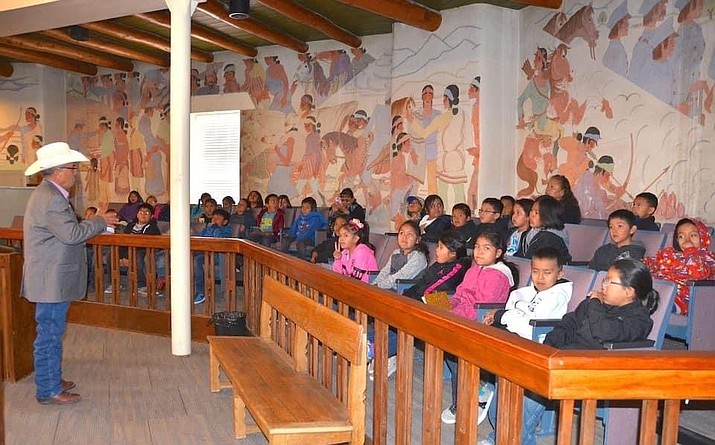 (Photo/Office of the President and Vice President)

WINDOW ROCK, Ariz. — Flags flew at half-staff on the Navajo Nation April 20 in honor and remembrance of longtime Navajo Nation Council member Nelson S. BeGaye, who passed away April 15 at the age of 69 after a long battle with cancer.

The Navajo Nation president offered his condolences to the family.

"To his wife Linda, their children, grandchildren, and many other loved ones, we offer our condolences and prayers. For several years, I had the honor of serving alongside Honorable BeGaye as members of the Council. He helped many people during his years of service and always guided and mentored many along the way. We pray for strength and comfort for his family and all who had the honor of knowing him,” said Navajo Nation President Jonathan Nez.

BeGaye was originally from Lukachukai, Arizona. He was Tó'aheedlíinii and born for T ł 'ááshchí'í. His maternal grandfather was Kinyaa’áanii and his paternal grandfather was Dibéłzhíní. He began his service as a member of the 20th Navajo Nation Council in 2003 and announced his resignation in July 2019 due to health concerns, several months after being elected to his fifth term in office.

He played an instrumental role in several major achievements including the San Juan River Settlement Act in 2010 and helping to secure the largest tribal settlement with the federal government in 2014, which led to the establishment of the Síhasin Fund that continues to benefit many Navajo communities to this day.

“Second Lady Dottie Lizer and I were neighbors to Honorable Nelson BeGaye and his family for years. He was a great loving family man who always had a wonderful vision for our Navajo people," said Vice President Myron Lizer.

Donations for the family may be sent through the following applications: Venmo: @KurtBegaye; Zelle: (415) 404-1718 and CashApp: $KurtBegaye