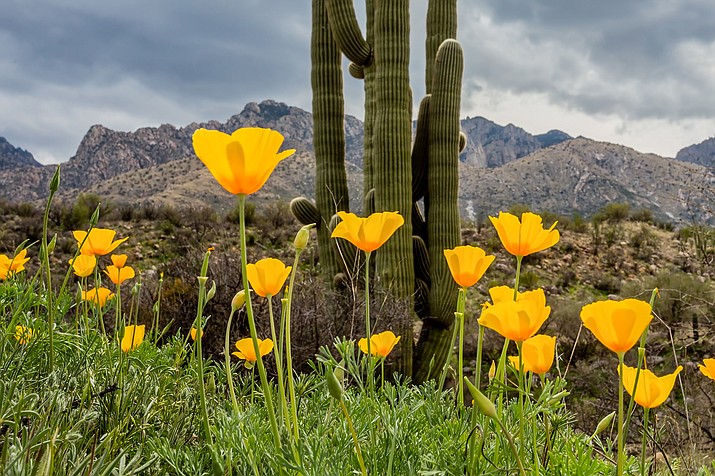 The relative lack of fall and winter showers needed to produce a bounty of colors means the traditional wildflower hot spots across the Sonoran Desert are brown landscapes.

It's the worst bloom in years, the Arizona Daily Star reported.

"We've got nothing, unfortunately," said Steven Haas, manager of Catalina State Park outside Tucson. "It's just been so dry."

Slopes at Picacho Peak State Par k about 40 miles (64 kilometers) north of Tucson were blanketed in orange, yellow and purple blossoms a year ago but now have only a few isolated annuals along the roads.

"It was pretty much a wipeout," park manager Caroline Miller said.

"We thought three years in a row would have just been unheard of, and we were correct," Thompson said.

Last year ranked as one of the driest years on record at the Arizona-Sonora Desert Museum — the opposite of what's needed to produce a big wildflower bloom in the desert.

"What you need is a very good rain event in the fall," usually a downpour before Thanksgiving to "stimulate mass germination," said Massimo Boscolo, a horticulturalist at the museum,

The new plants then need periodic rain over the winter to sustain them until it is time to bloom in March and April.

"We didn't get any of that," Boscolo said.