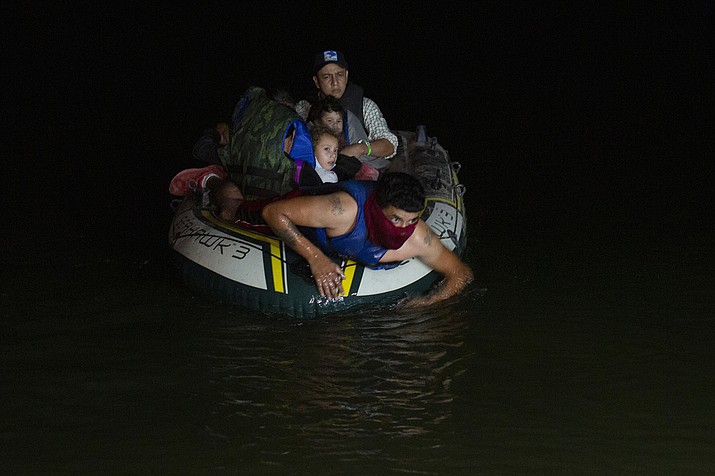 MEXICO CITY (AP) — Mexico President Andrés Manuel López Obrador said April 14 he plans to visit his country's southern border to discuss with governors and mayors there how to stop the smuggling of child migrants — an issue of growing concern for the United States.

The United States government has asked Mexico and the countries of Central America's Northern Triangle — Guatemala, Honduras and El Salvador — to help lower the number of child migrants arriving at its own border with Mexico.

The Biden administration said this week it had reached agreements with those countries to use troops to crack down on migrant smuggling. The move was criticized by human rights defenders and migrant advocates, who said it would make it more difficult for people seeking international protection.

But López Obrador said at his daily news conference on April 14 that the desire to protect those rights is motivating Mexico's efforts to stop child migrants.

"To protect children we are going to reinforce the surveillance, the protection, the care on our southern border because it's to defend human rights," he said.

He showed photographs of a tractor-trailer rig stopped in the southern city of Tuxtla Gutierrez on Tuesday that was carrying 149 migrants, including 28 minors, from Honduras and Guatemala.

The president also said that the director of Mexico's child and families protection agency would move from Mexico City to the southern city of Tapachula until the situation improves.

The number of children arriving at the U.S. southern border has become a growing problem for the Biden administration. It continues quickly returning most migrants to Mexico, but has said it will not do so with unaccompanied minors.

The government has struggled to house and care for the children in acceptable settings before reuniting them with relatives.

Central American families, encouraged by smugglers, are increasingly bringing young children with them, hoping that it will improve their chances of being allowed to stay in the U.S. while their cases proceed. Some of the parents returned to Mexico have decided to send their children back across the border to the U.S. unaccompanied.

In late March, Biden said that Vice President Kamala Harris would take charge of U.S. efforts in Mexico and the Northern Triangle to address the root causes of migration. She said Wednesday she soon planned to visit Mexico and Guatemala.

Harris said she is working from the position that most people don't want to leave their homes. Problems of economic resiliency, climate, water, food sustainability and corruption won't be fixed overnight, but the U.S. is studying what it can do about economic development in those countries, she said.

The Northern Triangle has been the main source of migrants arriving at the U.S. southern border in recent years. Deeply rooted corruption, stagnant economies and high crime have been among the main forces driving people out. Then last year the COVID-19 pandemic hit, deepening economic desperation, and in November two major hurricanes raked the region increasing the misery.