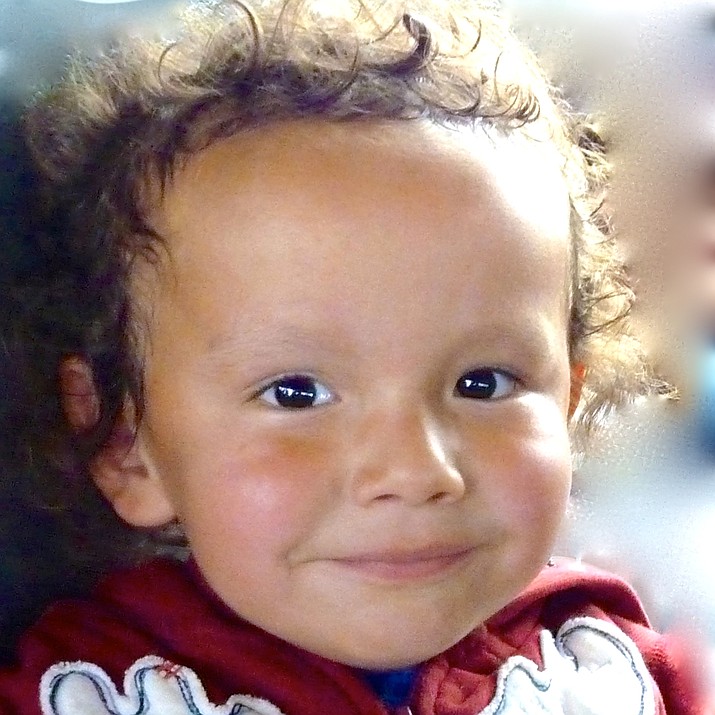 Zaadii Tso was killed by a distracted driver in 2015. (Photo/Rachel C. T. Cox)

FLAGSTAFF, Ariz. -- It’s been six years since 3-year-old Zaadii Tso was killed by a distracted driver in Flagstaff as he, his mother, Rachel C.T. Cox, and his sister, Bahozhoni Tso, used a crosswalk in front of Best Buy. 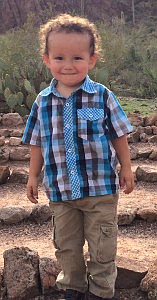 April is Distracted Drivers Awareness Month. Above: Zaadii Tso was killed February 2015 by a distracted driver in Flagstaff, Arizona. He was 3 years old. (Photo courtesy of the Zaadii Foundation)

They were holding hands when they were hit — the driver turned into the wrong lane, with her head turned the other way and ran into all three of them. While Cox and her daughter survived, though injured, Zaadii’s hand was pulled from his mother’s hand and he was run over.

Now, during April’s Distracted Driving Awareness Month, Cox said she spends a lot of time talking to people about distracted driving, though it wasn’t what she originally set out to do.

“Any time I’m communicating about that in a way it’s like I’m parenting Zaadii and it seems so cliché to say, you can prevent this, but it’s true,” Cox said. “It feels like if I can prevent another mother from going through this pain....”

The Arizona Department of Transportation said in 2019, the most recent year with finalized crash data, at least 10,491 drivers involved in crashes were engaged in distracted driving behavior. Traffic stakeholders believe the number is much higher because distracted driving is underreported, since drivers don’t always admit to being distracted or they died in the crash.

Cox said she wants people to remember that even if a person is doing everything correctly, with cars, people and distracted driving, what’s safe and normal can change in an instant.

Cox recalls it was in the afternoon on a Sunday. There were plenty of parking spaces. It wasn’t a crazy time like Christmas, where there would be an overload of cars and people looking for parking.

“We were in the crosswalk. We were looking both directions. We were doing everything right and he still died,” Cox said.

That’s why Cox reminds people that what they are driving is a deadly weapon — and that there are many ways to get distracted that don’t involve cell phones.

“I would get distracted in all sorts of other ways. I would be playing with my radio, or reaching my hand back to give Zaadii some food,” Cox said.

Cox said, according to the police, the driver who hit them was not on talking on her phone. She had just ended a phone call and still had the phone in her hand. 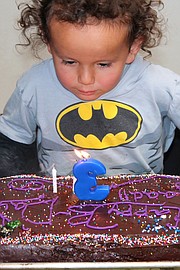 Zaadii wanted to be a superhero and now lives on in the comic book ‘Zaadi: Legend of Z-Hawk.’ (Photo courtesy of Rachel Cox)

The driver did share with Cox that she had been going through some emotional situations and she was very sad and was thinking about that.

“So, it could have been like this internal, emotional distraction, right? Cox said. “That’s where you’re thinking about stuff and not paying attention to what you’re doing. But I think people just need to recognize that cares are a deadly weapon and in the same ways you handle a gun and be very careful… you need to do that with a car or with any vehicle you’re driving. I do this mindfulness practice now whenever I realize I’m zoning out.”

The mindfulness practice is all about making sure she is present in the moment and aware that she is driving a deadly weapon.

“I do that a lot. Several times a week,” Cox said. “I was never taught to do that before.”

“All these things go through our minds to justify not paying attention,” Cox said. “That’s where I’ve been pushing the message of mindfully driving.”

She said most people don’t think a distracted driving accident can happen to them — sometimes they think they know the road well or they are confident in their driving skills or they’re just going to reach into a bag and take their eyes off the road for a second. Lots of people say, ‘That might happen to someone else, but not to me.’

“I used to play around with my dial, to try the next thing,” Cox said. “But I can’t let myself do that. It’s like, ‘I will deal with that when I am pulled over.’ And I pull over to talk to people. And I just say, ‘Okay, I’m going to be late,’ but it’s worth it. I’m not going to deal with this person while I’m driving because I’ll be even later if something horrible happens.”

And Cox said she tells her students and groups of people she talks to about Zaadii that it is horrible.

“It sucks to be me so hard and to live with this pain and there’s not a second where Zaadii is not in the back of my mind,” Cox said. “I don’t think there’s been a day where I haven’t cried. It used to be the first thing I would think about when I’d wake up and cry. I say to students, ‘It’s horrible to be me. It’s horrible to be Zaadii’s family and to live with this loss and all of this pain that comes with that loss. It took him 13 hours to die and we don’t know if he was in pain all that time.’”

Cox said if her child had to be killed by a distracted driver, him becoming the star of ‘Zaadi: the Legend of Z-Hawk’ is a bereaved mother’s dream — not that she thinks a child being killed is anyone’s dream. But for someone to take stories about her son and make them into a comic book? That is a dream. 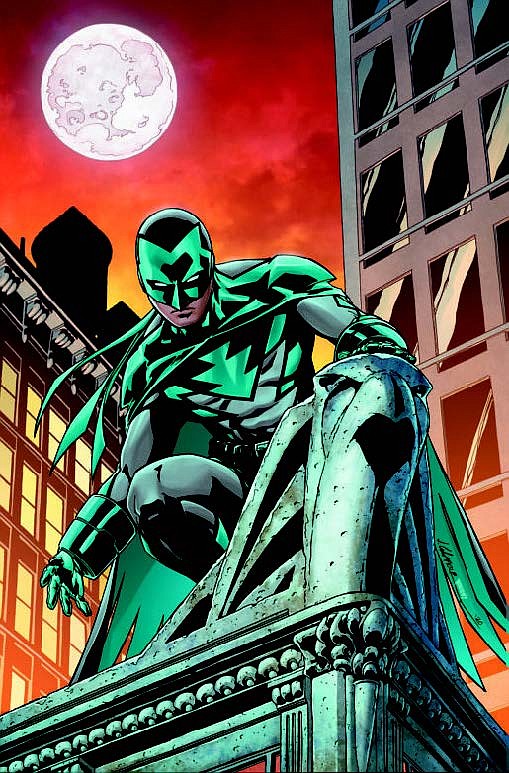 ‘Zaadi: The Legend of Z-Hawk’ is a tribute to Zaadii’s life. (Photo/Rachel C. T. Cox)

“I love it,” Cox said. “I love it so very much. I’m so thankful they did this and it allows Zaadii’s story to continue and continues it in the best way. It continues in the way a 3-year-old little boy who loved superheroes and believed he was a superhero would have imagined his life to be.”

Gail Simone, who writes for ‘Bat Girl’ and who has written for other DC comics, took all of Cox’s stories about Zaadii’s life and turned them into the comic book.

“What a gift,” Cox said. “I was almost afraid to think about his life at that point. I didn’t want to go there. But I did want to go there once I started going there. To just really concentrate on what a wonderful life he had and all the wonderful people he had around him who loved him so very much. Just what a spark of light and energy and fierceness. To dive into that, it just felt so good. I just felt so good. The process was so helpful and healing and allowed me to process.”

Cox said one thing she loves about the comic book is the message about distracted driving is there, but it is subtle. When people read it and realize it’s about a real person, that’s the impact.

“I think actually it drives the message more than if it had just been a comic book about distracted driving,” Cox said. “Because you’re already invested. It’s a good way of telling a story that is relatable to children and to adults. It’s a good way to reach people who aren’t necessarily reached in other ways.”

Simone did the writing with two different illustrators. But Cox said a person who helped with the comic book, who was not mentioned, was Zaadii’s godmother, Jeneda Benally, who made sure everything was culturally accurate and appropriate.

“Once I got the comic book, I was disappointed that her name wasn’t on it because I felt like it should have been because she did so much work. She did probably about an equal amount of work as the two people’s whose names are on it.”

While Zaadii is Diné, Cox isn’t. And she said she wouldn’t have known some of the things that could be included in a comic book where Benally did and could be objective also in a way that Cox would not have been able to.