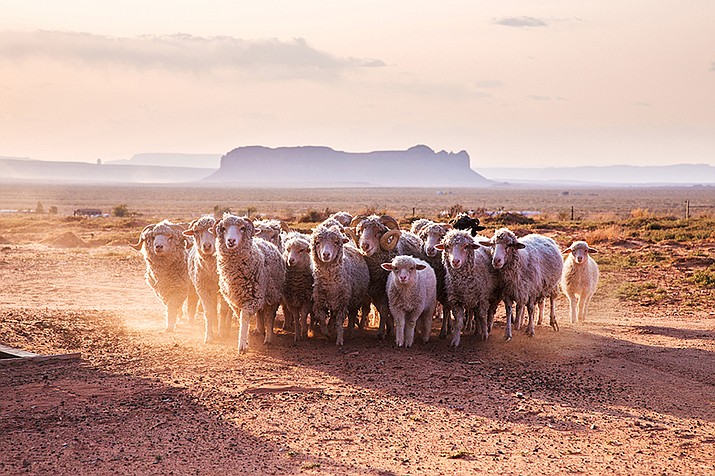 Navajo Nation President Jonathan Nez vetoed a resolution April that would have reopened roads to tourists on the Navajo Nation and issued a stay-at-home order. (Photo/Stock)

WINDOW ROCK, Ariz. — Navajo Nation President Jonathan Nez issued a veto for legislation that would have reopened Navajo Nation roads to visitors and tourists as the Nation reinstated a stay-at-home order in an effort to combat the COVID-19 variants.

“The CDC confirmed this week that the U.K. variant is now the dominant COVID-19 strain in the United States, and we recently confirmed that the U.K. variant and the California variant are here on the Navajo Nation as well. We discussed this issue with our public health experts and agreed that we need to continue to monitor the variants to see the extent of their impacts in the next few weeks before we consider reopening our roads to visitors,” Nez said.

Nez said the tribe needs to continue efforts to vaccinate residents of the Navajo Nation in order to move closer to herd immunity.

“I understand that people want to travel and visit our sites here on the Navajo Nation, but we have to prioritize the health and well-being of our people,” he said.

The resolution was approved by the 24th Navajo Nation Council with no debate on March 26, by a vote of 20-1.

On March 31, the Navajo Nation announced the first confirmed case of the U.K. variant followed by the first case of the California variant, B.1.429, April 6.

“When the council considered this resolution, they did not have the benefit of knowing that these two variants were present in our communities because the variants were detected days later. I respectfully ask the members of the council to respect the advice and recommendations of our public health experts on this matter,” Nez said. “The state of Arizona has lifted nearly all COVID-19 restrictions and the state of Utah will be lifting its mask mandate tomorrow. Today, Arizona reported 1,302 new cases of COVID-19, which is a large increase from previous days. We need more time to monitor the impact of these changes in mandates and the trend in new COVID-19 cases.”

The east entrance, along State Route 64, border the Navajo Nation and has been closed since April 1, 2020.

According to the park, the intent of the closure was to minimize visitor traffic through the Navajo Nation and other communities east of the park, respecting the health and safety need of park neighbors during the COVID-19 pandemic.

Grand Canyon Superintendent Ed Keable said he made the decision to reopen the east gate based on input from the Navajo Nation, along with state and local officials and community members.

“Over the past year, we have continued to coordinate with local Cameron Chapter and tribal officials from the Navajo Nation, as well as other stakeholders and business leaders on the east gate closure,” he said. “As vaccine rollouts continue, we recognize the need to normalize our operations and allow for visitors to have a drive-through option on Hwy 64.”

When driving through the Navajo Nation, all roads other than state and federal highways will be closed to non-residential traffic. Mask wearing is required at all locations on the Nation. More information is available from the Navajo Department of Health.