More than 5,000 people go to illegal party in Arizona forest 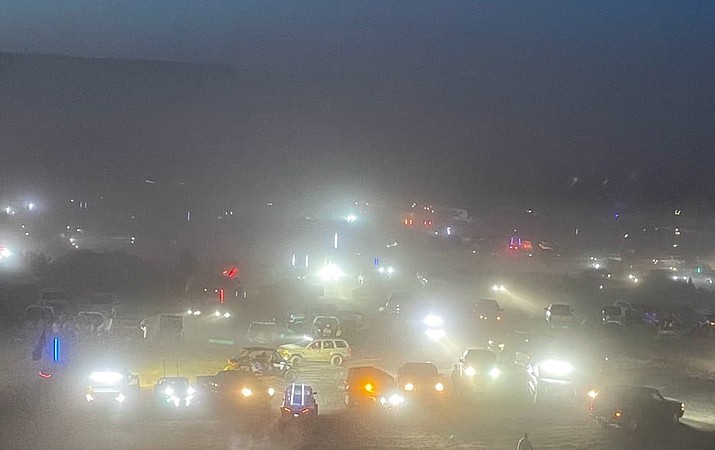 PHOENIX (AP) — More than 5,000 people gathered last weekend in the Tonto National Forest northeast of Phoenix for an illegal party that was broken up by U.S. Forest Service personnel, according to authorities.

"Numerous forest protection officers were out patrolling Lower Sycamore Saturday night when a surge of people came to attend this unauthorized event," the Forest Service said on Facebook.

The Tonto National Forest requires a permit application to be submitted and approved for all gatherings of over 75 people.

Forest officials say campers and partiers restricted access by taping off sections of the main road to designate the party area and vehicles were parked all along the main roads.

By the end of the night, there had been seven vehicle accidents reported and multiple reports of stolen off-highway vehicles.

Authorities said one person was taken to the hospital after getting injured when two quads collided.