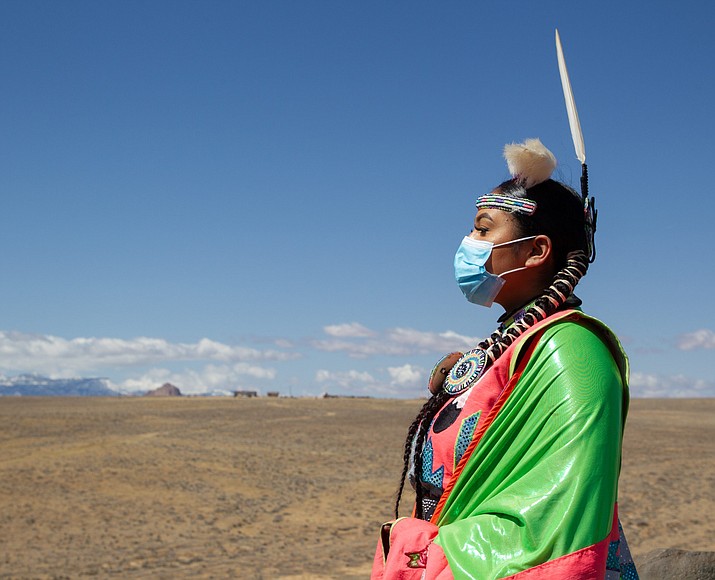 Like other Indigenous storytellers on RezTok, 19-year-old Diné storyteller Yang often shares stories and personal histories that don’t show up in textbooks. Yang uses her TikTok platform of more than 32,000 followers to bring awareness and create space for sharing her tribe’s culture and traditions. (Jeff Rosenfield/Cronkite News)

Native people across Turtle Island — an Indigenous name for North America — log onto the video-sharing app for different reasons, but they stay for the community, the culture and to fulfill their sacred duty.

In recent months, TikTok has become wildly popular with Generation Z, especially given the extended time spent at home in the year since COVID-19 was declared a pandemic. Communities of all sorts have sprouted up on the app, and one in particular has been especially empowering and important to its members.

Native TikTok — also known as RezTok or Indigenous TikTok — has fostered important conversations around Native American issues and identities through a mixture of humor, education and the sharing of dancing, beadwork, poetry, storytelling and other art forms sacred to Indigenous people.

TikTok user @indigenousicon, a 19-year-old Diné woman whose preferred name is Yang, has built an audience of nearly 32,000 followers. She posts videos that represent Indigenous life, from traditional foods to dances in traditional Native clothes to raising awareness of racism against Native American people.

Yang said her use of TikTok as an Indigenous megaphone comes from a place of utilizing the technology and platforms at the fingertips of Native youth. 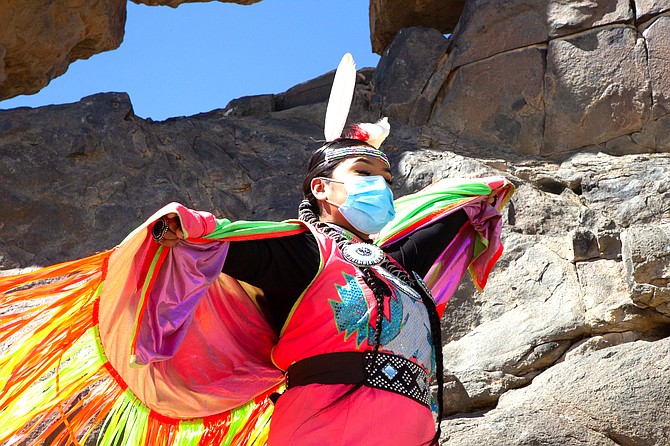 As a woman who’s proud of her Diné heritage, Yang shares stories about her culture to help raise awareness of racism against Native Americans. (Jeff Rosenfield/Cronkite News)

“Right now, there’s a lot of resources that can help us learn our culture,” she said. “And I think it’s interesting how we use these media outlets to spread that message of hope, resilience, love and most of all, I think it’s a healing component for our people.”

And this resilience, Yang said, comes in the face of the attempted genocide not just of Indigenous people but their languages and traditions as well. As children and grandchildren of people who were put into assimilation boarding schools, she said, young Native people still grapples with the trauma.

For Yang, that means using currently available resources and technology, including TikTok, to come together and invest in future generations by preserving Indigenous traditions and healing through community and camaraderie.

Beyond that, she said, creating Indigenous spaces like Native TikTok is important and more powerful than people may realize.

Yang sees hope in this.

“When I started to see other Indigenous kids representing their culture and turning their talents into art, into something beautiful — that gave me hope. It gave me hope that we’re still here.”

Brett Mooswa uses humor to further that quest for Indigenous hope, love and joy. He posts videos that poke fun at the Indigenous stereotypes perpetuated by centuries of racism and oppression. “Laughter is good medicine,” his TikTok bio reads, just below an impressive 381,000 followers and 5 million likes.

“I love doing takes on how the main community on social media thinks of us in a certain way,” said Mooswa, a Cree who lives in central Canada. “So I turn it into a cartoon in a sense just to show that we’re just normal people, doing the same thing as everybody else.”

This is a way, he said, to point out how outrageous and harmful the stereotypes and stigmas surrounding Native Americans are. Living on the Makwa Sahgaiehcan First Nation Reservation, Mooswa is no stranger to stereotypes and racism. When watching one of his videos, one can’t help but laugh at the absurdity of the caricature of Native people.

“They only like us in the 1800s,” he said. “When people think about us, they think about us dancing around a fire. It’s so primitive, and people say ‘OK, this is what’s going on, this is what I see in the movies, these guys are novelties.’”

And though a majority of his content is humorous, Mooswa said he likes to post more serious videos to highlight issues important to the Indigenous community. And in highlighting these issues with an air of seriousness, Mooswa finds support and community within what he calls the RezTok family.

“There’s a lot of people out there like me,” he said. “And I see that I’m not the only one that dealt with this. And hopefully it encourages them.”

But along with this community and this power to encourage people, Mooswa said, comes a responsibility to do the right thing and set a good example.

“I can’t be out there recklessly mocking my own way of life,” he said. “I have a responsibility to show people that they can be proud of who they are and be proud of their culture and where they came from.”

Nasheen Sleuth, a Diné mother and grandmother, started making TikToks just as the world locked down to fight the COVID-19 pandemic. Her videos range from raising awareness around Missing and Murdered Indigenous Women to encouraging Indigenous youth to teaching the differences between appreciation and appropriation when it comes to Native culture.

In 2016, the Urban Indian Health Institute found 5,712 Indigenous women had been reported as missing or murdered throughout the course of the year, and activists have been calling for more attention to these deaths.

Sleuth said her journey to becoming a star of Native TikTok started with a video she posted explaining the Diné practice of going into the snow as a form of blessing and renewal.

“At that point, I had some other people that were Native and Diné and then other people from around the world saying that they do something similar,” Sleuth said. “So that was kind of what sparked this, but as time went by, there were other Native creators that were bringing up really sensitive and tough subjects.”

By acknowledging these issues, she said she found solidarity and community in Native TikTok, and she began speaking out on such issues herself.

As an aunt, a mother, grandmother, educator and mental health counselor, Sleuth considers it her duty to bring these issues to light and offer a safe space to not only her students, but Indigenous youth everywhere.

And Sleuth said she sees hope and opportunity for those young Natives she is trying to reach.