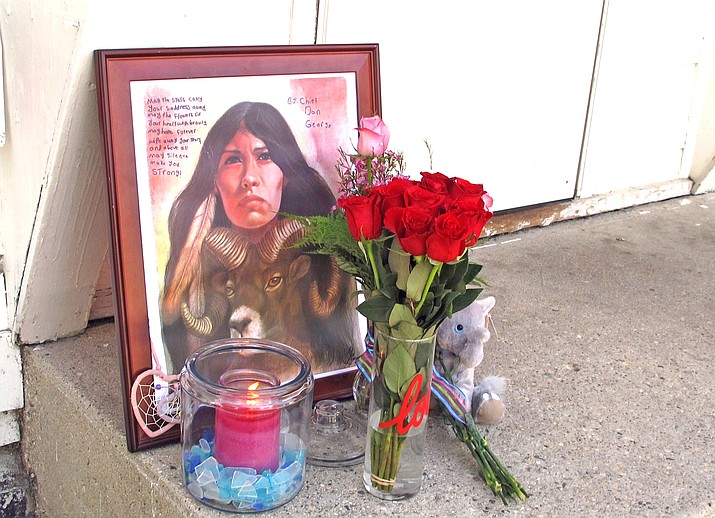 A makeshift memorial to Savanna Greywind featuring a painting, flowers, candle and a stuffed animal is seen in Fargo, North Dakota. On Sept. 21, The House of Representatives passed Savanna’s Act that will create new guidelines for reporting cases of missing and murdered Indigenous people. (AP Photo/Dave Kolpack, File)

WASHINGTON — On Sept. 21, the House of Representatives unanimously passed S.227, Savanna’s Act, a bill that will create new guidelines for responding to cases of missing and murdered indigenous women and create incentives for its implementation.

Savanna’s Act now heads to the White House to be signed into law after having been passed in the Senate by unanimous consent last March.

Savanna’s Act is named in honor of Savanna LaFontaine-Greywind, a member of the Spirit Lake Tribe, who vanished from her apartment in Fargo, North Dakota, while 8 months pregnant. Eight days after she disappeared, her body was found wrapped in plastic in the Red River.

In addition to Savanna’s Act, the House also approved the Not Invisible Act which creates the U.S. Department of the Interior (USDOI) and the USDOJ joint commission on reducing violent crime against Indians.

“As Navajo leaders, we hear, all too often, the tragic stories of our missing or murdered Diné [Navajo] relatives,” said Council Delegate Amber Kanazbah Crotty. 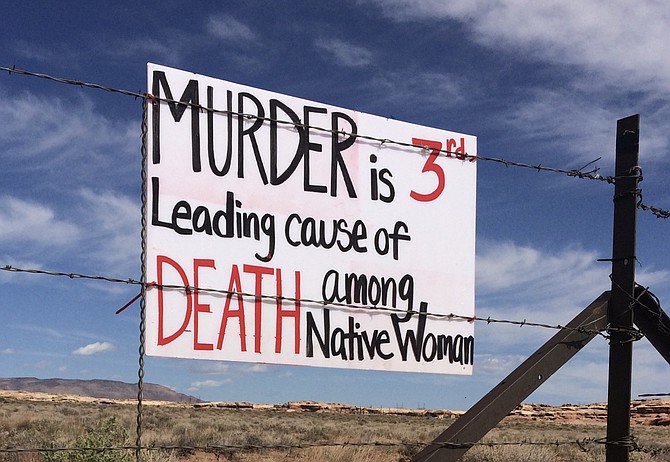 On Sept. 21, the U.S. House passed Savanna’s Act, S. 227. The bill is now on its way to President Donald Trump’s desk to be signed. (Photo courtesy of Brandy Tomhave)

Crotty is a co-founder of the Missing and Murdered Diné Relatives (MMDR) grassroots collective of volunteers working to establish a data institute, create programming surrounding awareness and prevention, promote community healing and to provide policy recommendations to Navajo leadership.

“Savanna’s Act recognizes that a deeper change is needed throughout all levels of law enforcement in order to establish justice for our people," Crotty said. "The Navajo Nation joins all tribal nations in pushing for the systemic changes necessary for equity and parity in cases involving Native American people.”

Native American women face a murder rate 10 times higher than the national average, with 84 percent experiencing some form of violence in their lifetime.

“We know many families and children are missing their love ones — mothers, fathers, sisters, brothers, and many others,” said Navajo Nation President Jonathan Nez. “We have a long road ahead to help our people heal, but with the measures included in Savanna’s Act we are hopeful that more resources and data will help bring more missing persons home to their loved ones.”

The responses by local public safety officials and law enforcement agencies in LaFontaine-Greywind’s case was scrutinized for a lack of responsiveness and coordination once Savanna’s immediate family reported her missing.

“The job of addressing missing and murdered Diné relatives is never-ending and is something that requires our collective efforts to reverse the violence inflicted on and within Native American tribal communities,” Crotty said.

Crotty said survivors and families of countless missing and murdered should have a space at the center of the federal, state, local and tribal efforts.

"These families are supported by volunteers and community groups doing the best they can to address the missing and murdered crisis throughout Indian Country. I continue to call on the federal government to establish permanent funding that will sustain wraparound services to aid survivors and families,” she said.

The Savanna’s Act legislation that Rep. Deb Haaland (D-NM) and others reintroduced in the House last May empowers Tribal governments with the resources and information necessary to respond to cases of missing or murdered Native Americans and increase their data collection. It also increases coordination and communication among the federal, state, and Tribal officials.

Nez and Vice President Myron Lizer sent a letter to the House this spring in support of Savanna’s Act, which said, “On the Navajo Nation, disastrous outcomes occur from failed communications across multiple jurisdictions when coordinating efforts to address reports of missing or murdered indigenous persons.”

Savanna’s Act authorizes best practices in conducting searches for missing persons on and off Tribal land; establishes standards on the collection, reporting, and analysis of data and information on missing persons, and unidentified human remains, and requires the culturally appropriate identification and handling of human remains identified as belonging to American Indians.

The legislation also provides guidance on which law enforcement agency is responsible for inputting information into databases, how agencies can improve response rates and provide culturally appropriate victim services.

Lastly and most importantly, Savanna’s Act adds two new purpose areas to two existing grant programs administered by the Justice Department, specifically, allowing grantees to use funds to implement policies, protocols, and training for law enforcement regarding cases of missing or murdered Native Americans and to compile and report data to the attorney general.

It is unknown how many Native women go missing each year due to the lack of adequate data systems and coordination within law enforcement agencies. In 2018, the Urban Indian Health Institute (UIHI) completed a landmark survey, reporting 5,712 missing Alaska Native and American Indian women and girls, only 116 of whom were registered in the Department of Justice database.