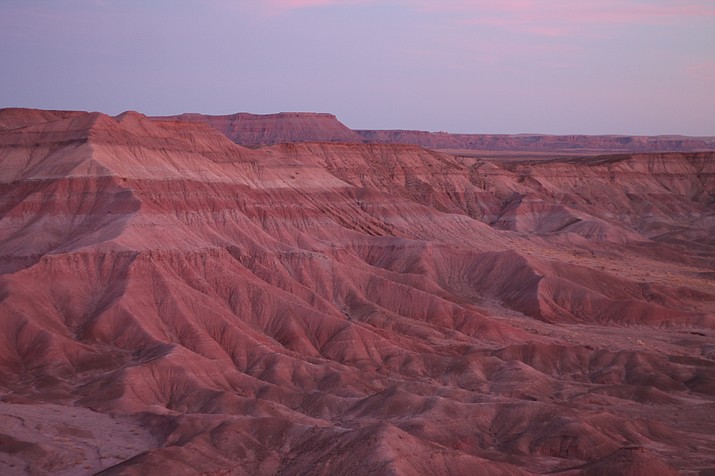 Navajo Nation President Jonathan Nez stated that in the next few months the executive branch has a responsibility to complete hundreds of projects to protect Navajo Nation tribal members and to prepare for the potential second wave of the deadly virus. (Loretta McKenney/NHO)

WINDOW ROCK, Ariz. – On Sept. 26, Navajo Nation President Jonathan Nez approved Resolution CS-77-20, to ensure that direct services and government operations are funded through December 2020, and to avoid layoffs of thousands of employees.

The legislation was introduced after members of the Navajo Nation Council voted to table a separate legislation that sought to approve a comprehensive budget that would have funded the government for the entire upcoming fiscal year. CS-77-20 was approved by the Council Sept. 23, with no debate, by a vote of 19-1. The continuing resolution will fund the government one-fourth of the previous fiscal year’s budget, until the end of December. The council will then be required to adopt a comprehensive budget for the remainder of fiscal year 2021, ending Sept. 30, 2021.

“A week ago, by letter, we urged the council to complete the Fiscal Year 2021 budget as soon as possible so we could continue to provide services to the Nation. Now we are out of time,” said Nez. “At this point, we cannot make a move without causing larger, more complex problems for the Nation. This rush to a temporary fix is not what we were taught by our parents and grandparents, instead we were taught to carefully plan for our future.

Nez stated that the shared responsibility of the Nation is to act for the benefit of all.

“We said, in our August letter, there is plenty of overlooked responsibility for the delay in finishing the budget for the next fiscal year and a partial budget is the result of a collective failure of the budget process. As elected leaders we have a responsibility to care for all our people as best we can,” he said.

In passing the continuing resolution, the council also waived provisions under Title 12 of the Navajo Nation Code, which requires a comprehensive 12-month budget to be adopted. The delayed action of the council also shortened the timeframe for Nez to consider the continuing resolution without causing a government shutdown and disruption to direct services for the Navajo people.

“We understand that many Navajo citizens rely on services and resources provided by the Navajo Nation government, and we want to avoid any disruption of those services – that was our primary reason for signing and approving the continuing resolution. By signing the continuing resolution, we also avoid laying off thousands of employees, many of whom are the sole providers for their families,” said Navajo Nation Vice President Myron Lizer.

Nez and Lizer also highlighted concerns with a previous continuing resolution that was adopted by the council in July, which was vetoed by Nez and eventually overridden by the council. The resolution was not rescinded and also remains in effect.

“We have no decision from lawmakers on these competing resolutions. The legislative process calls for adherence to resolutions passed and enacted, whether by presidential approval or council action, and not to ignore a duly enacted law because it no longer fits our purpose,” Nez said.

Nez stated that in the next few months the executive branch has a responsibility to complete hundreds of projects to protect Navajo Nation tribal members and to prepare for the potential second wave of the deadly virus.

“Our directors and managers should not be distracted by keeping their programs running on partial funding, preparing budgets for a new round of committee hearings, and reporting to committees for funds that should have been in place,” he said. “More importantly, directors and managers are facing increased workloads with time slipping away, so we urge council committees to allow them to concentrate on this important work while not patiently waiting for hours to report to committees on CARES Act funded projects.”

On Sept. 26, the Office of Management and Budget issued a memorandum to each of the three branch chiefs and division directors outlining the process for implementing the continuing resolution, which will go into effect at the start of FY2021 on Oct. 1.