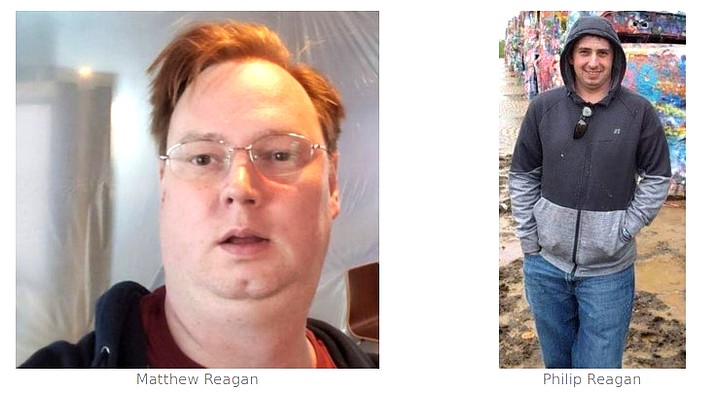 The FBI is offering a $10,000 reward for information on a double homicide of two brothers murdered near Sawmill, Arizona, March 21. (Photo/FBI)

PHOENIX (AP) — The FBI now is offering up to a $10,000 reward for information leading to the arrest and conviction of whoever is responsible for a double homicide on the Navajo Nation six months ago.

The bodies of 39-year-old Matthew Reagan and his 29-year-old brother Philip Reagan were found on March 21 in Sawmill, Arizona.

FBI officials said the two men were traveling from Ohio to California and were passing through Sawmill at the time of their deaths.

They said it appears the brothers' car became stuck and they may have been walking for help when they were killed.

Authorities ruled both deaths a homicide.

FBI officials in Phoenix said Sept. 23 that their investigation is ongoing and no further information will be released about the brothers' cause of death.