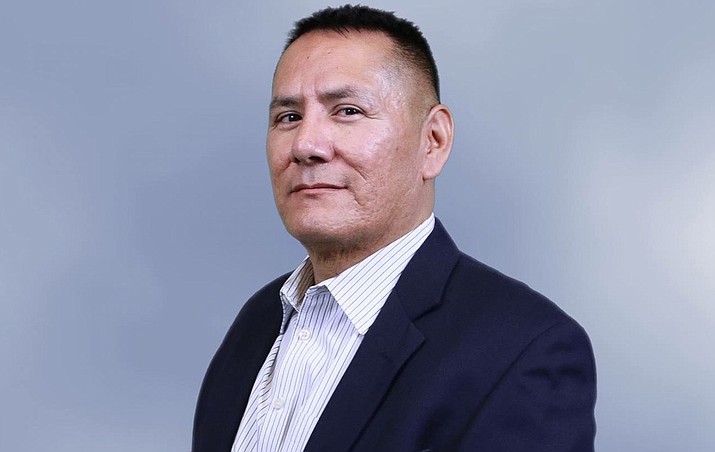 Diné College Marketing and Communications Director George R. Joe is one of seven national finalists for its Communicator of the Year award. (Photo/Diné College)

TSAILE, Ariz. — The National Council on Marketing and Public Relations announced Sept. 21 that Diné College Marketing and Communications Director George R. Joe is one of seven national finalists for its Communicator of the Year award.

The award is presented by the National Council for Marketing and Public Relations (NCMPR). Joe was selected as the recipient for District 6.

As the District 6 2020 Communicator, Joe automatically becomes one of seven finalists for the national Communicator of the Year Award, which will be presented in March 2021.

“The Communicator Award is presented annually in each of NCMPR’s seven districts. It’s one of the most prestigious awards presented to an NCMPR member who has demonstrated leadership and ability in the area of two-year college communications,” wrote Jennie McCue, NCMPR District 6 Director.

The District 6 region includes community and technical colleges in Arizona, California, Hawaii, Nevada, Utah, Commonwealth of the Northern Mariana Islands, Federated States of Micronesia, Republic of Palau, Republic of the Marshall Islands and the Territory of Guam. District 6 has 148 schools but only 58 schools are members this year. A school does not need to be a member to enter competition.

Joe was nominated for the award by Mary R. Etsitty-Nez, Vice President of External Affairs at Diné College.

“It is an honor to be a national finalist and to win the District 6 award,” said Joe, who has been in the marketing director position for two and a half years and has over 22 years of marketing and media experience.

Prior to Diné College, Joe served as a media consultant for Navajo Housing Authority. He holds a masters in English and educational leadership from Northern Arizona University and is currently working on an MBA in marketing — a third masters.

Joe’s Marketing and Communications department is also a finalist for four District 6 awards in the categories of Brochure, Novelty Advertising, Special Event and Wild Card. The college will find out at the end of the month where they placed in each category for first, second and third places.

The National Council for Marketing and Public Relations is the sole organization of its kind that exclusively represents marketing and public relations professionals at community and technical colleges. As one of the fastest-growing affiliates of the American Association of Community Colleges, NCMPR has more than 1,700 members from nearly 650 colleges across the U.S. and Canada.