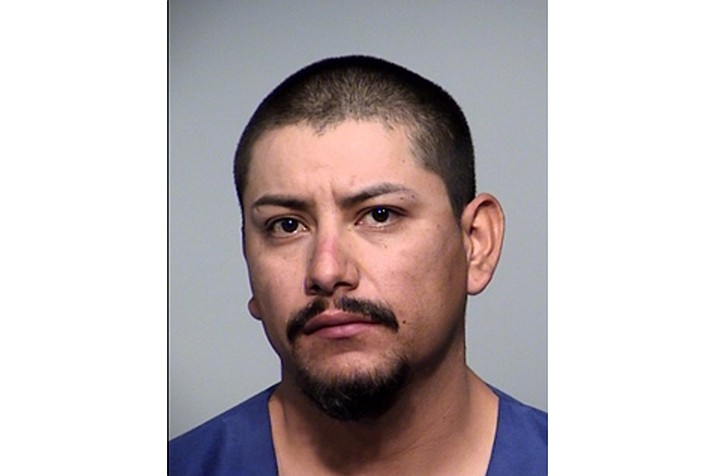 PRESCOTT VALLEY, Ariz. (AP) — Police on Monday justified the use of an attack dog on a suspect who appeared on a police body cam video to be complying with officers.

The Prescott Valley Police Department said in a statement that the use of the canine was necessary during the May arrest because Alfredo Saldivar, 28, who allegedly had been driving erratically and at high speeds, hesitated before obeying orders to stand up.

The video has been gaining attention online since its release late last week.

The video shows Saldivar starting to stand up when ordered by an officer when the Belgian Malinois runs over and grabs him. Saldivar immediately screams in agony, yelling "Please stop the dog!"

After nearly a minute, the dog is called off. As officers handcuff Saldivar and search him, the suspect said he planned to sue and that officers had already shot him; something that happened during the police chase.

Bami Adelayo, Saldivar's attorney, said anyone watching the video would see there was no hesitation from his client. There was no reason for him to be "mauled."

"In light of George Floyd and everything, they thought 'We need to change the narrative,'" Adelayo said. "But the video is what it is. It doesn't lie."

Adelayo said Saldivar, who remains in a Yavapai Count jail on no bond, has permanent damage to his arm from the police dog attack.

Police said officers received reports on May 13 that a truck driven by Saldivar was traveling through the Prescott area at speeds of 100 mph (161 kph) at times.

They said Saldivar then attempted to hit a police car with his truck. The officer fired his weapon, hitting Saldivar and the truck. The truck continued and hit another car, injuring a woman who suffered non-life-threatening injuries.

Saldivar then abandoned the truck at a shopping center. The video captures the moments shortly after when he is being confronted by officers and the dog attacked him.

Saldivar was taken to a hospital for what police described as non-life-threatening injuries, but he refused medical attention, they said.

According to Adelayo, Saldivar has a bullet fragment in his head from when the officer fired at him.

The department is conducting a review of the case.

Adelayo said Saldivar lives in Tucson but was in Prescott Valley to visit relatives. He declined to comment on the other details of the case since it has yet to go to trial.