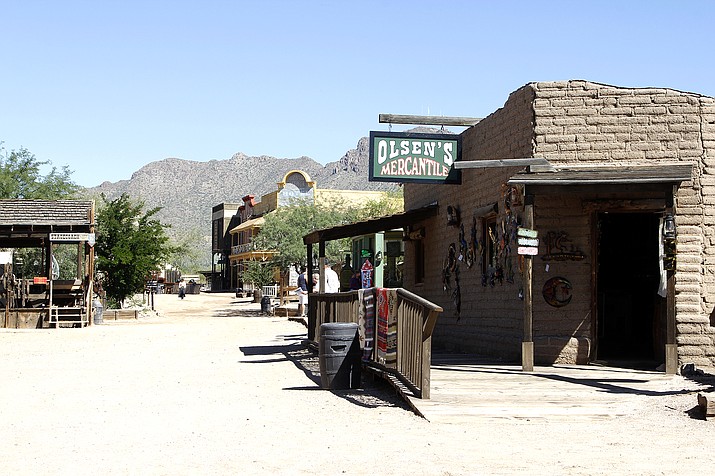 TUCSON, Ariz. (AP) — Old Tucson, a western-themed attraction and former film set for dozens of classic movies, is closing indefinitely due to financial fallout from the coronavirus.

Pima County announced Sept. 8 that it will assume responsibility for the attraction on Sept. 14 and begin working on a new plan for the park's future.

Old Tucson General Manager Terry Verhage said the ongoing COVID-19 public health protocols and restrictions limited park attendance to the point where the venue could no longer stay in business.

Pima County Attractions and Tourism Office Director Diane Frisch said the county will seek ideas from potential operators about what Old Tucson could be in the future.

It's not the first time Old Tucson has been closed for an indefinite period or impacted by outside forces that reduced attendance.

Much of the attraction was destroyed by fire in 1995 and remained closed until the park reconstruction was completed two years later.

Built in 1939 as a replica of the 1860's-era Tucson by Paramount Pictures for the movie "Arizona," Old Tucson has served as the site for more than 400 films, television series, music videos and commercials.