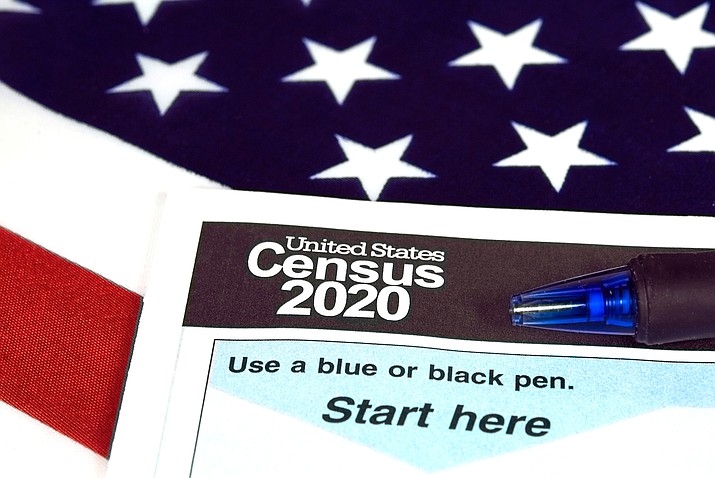 WINDOW ROCK, Ariz. — The Navajo Nation has joined a lawsuit challenging the federal government’s recent decision to shorten the deadline for the 2020 Census.

The current deadline for responding is Sept. 30 and both the Nation and the Hopi Tribe are reporting numbers in the low to mid-teens. The deadline is Oct. 31.

The decision to shorten the deadline was made because of the disruption of the corona-virus pandemic, according to the Navajo Nation President’s Office.

In a recent release, the President’s Office stated that the federal government responded to the pandem-ic by creating a new census plan that pushed back census phase deadlines, the extend-ed deadline at that time for data-collection was Oct. 31. That deadline was originally designed to provide more time to complete the census.

However, on Aug. 3, the federal government reversed course with implementation of the “Rush Plan,” which implemented a new Sept. 30 deadline.

The Nation officially joined the lawsuit Sept. 1 in the U.S. District Court for the Northern District of California, as a plaintiff alongside several non-profits, city and county governments and the Gila River Indian Community.

The Nation has called the new deadline illegal saying it threatens to cause a signif-icant undercount of minority populations, including Native ones.

Nez said many of the Nation’s existing programs rely on federal funding, which is based on Census data.

“Once again, the first peo-ple of this country are having to fight for what is right and just,” he said.

On Aug. 30, Nez and Vice President Myron Lizer signed a proclamation recogniz-ing the month of September as “Navajo Nation Census Month,” to encourage the Navajo people to participate in the 2020 Census to ensure a complete count of all citizens on the Navajo Nation.

“Completing the census is already very challenging for many households due to the lack of telecommunica-tions infrastructure in many Navajo communities,” Lizer said. “Shortening the census timeframe only adds to the challenges and makes it a lot more difficult, especially for our elder population and those who live in remote areas.”

Lizer said the Nation recently approved over $53 million in CARES Act fund-ing for the expansion of tele-communications and broad-band infrastructure, but said it will take time to implement and see the results.

“We need adequate time to complete the 2020 Census with an accurate count,” he said.

The plaintiffs assert that the federal government had no sound basis for expedit-ing deadlines for these phases with the “Rush Plan.”

The plan shortens the time for the non-response follow up phase, which involves census enumerators going door-to-door at residences that have not responded in previous phases. This is a par-ticularly critical phase on the immense and often remote Navajo Nation.

Nez and Lizer said the federal government’s imple-mentation of the “Rush Plan” is especially detrimental in the midst of the COVID-19 pandemic, which has severely impacted the Navajo Nation.

“While the court proceed-ings unfold, we need as many of our Navajo people as pos-sible to respond for the 2020 Census. We will be initiating more wifi hotspots and work-ing closely with the Census Bureau to have boots on the ground to get more people counted. Please take the ini-tiative to self-respond and let your loved ones know as well,” Nez said.