Guest Column: O’Halleran: ‘The Grand Canyon is too precious to lose’ 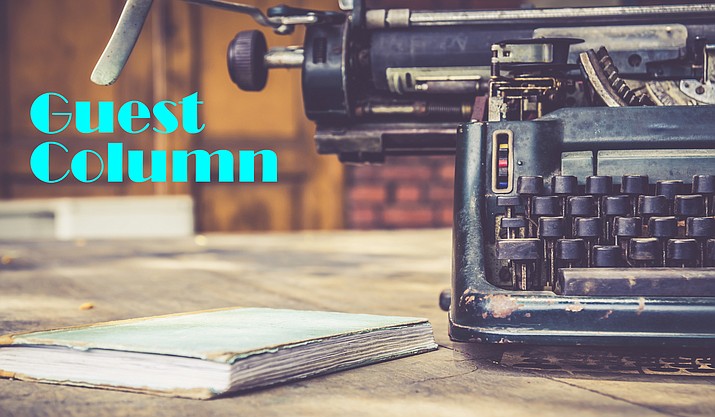 I remember the first time I visited the Grand Canyon, and the first time I showed it to my granddaughter. Anyone who has been lucky enough to visit this natural wonder can see that it is truly a national treasure.

Currently, the Grand Canyon and nearby areas are protected from new mining operations under a federal ban—commonsense rules that require environmental reviews and tribal approval to ensure that any developments near the Canyon protect both its delicate ecosystem and the cultural history of the land. However, this administration is considering lifting this ban to allow new mining operations and giving private companies a pass to profit off our public lands.

Expanding uranium mine operations on lands near the Grand Canyon puts more than just the natural beauty of the area at risk—it threatens the health of Arizona families, the water supply of the Southwest, our state’s tourism economy, and the cultural and spiritual significance the Canyon holds for Native American communities.

On the Navajo Nation alone, there are over 500 abandoned uranium mine sites. During the mid-1900s, tens of thousands of individuals—including miners, transporters, and others who worked directly in uranium mines—along with communities located near past nuclear weapon test sites, were exposed to dangerous radiation that has left communities struggling from cancer, birth defects, and other illnesses to this day. Cancer diagnoses among families living in nearby areas are extremely high when com-pared to the national average and studies have shown that this is a direct result of uranium exposure in the area.

Additionally, 40 million people rely on the Colorado River and local aquifers for their water supply. Uranium mining contamination has the power to pollute this water source beyond repair and exacerbate a drought that has already plagued the Southwest for years.

The Grand Canyon is the engine of Arizona’s tourism economy.

Yearly, the Canyon brings in over six mil-lion tourists to rural Arizona. These visitors spend billions of dollars in our local economy and support tens of thousands of jobs across the region. Potential uranium mining contamination of surrounding lands put our state’s tourism industry at risk of collapse.

Above all else, the Grand Canyon is a place of deep spiritual significance to many native communities in the Southwest, and a home to the Havasupai Tribe.

Furthermore, it is important to note that a ban on new uranium mining claims does not jeopardize our energy market or our national security by forcing us to seek foreign sources.

Even those who have voted at the county level to expand uranium mining have acknowledged that current market prices are too low for new uranium mines in the area to be profitable. Additionally, according to federal data, both New Mexico and Wyoming have two to three times the amount of uranium reserves as Arizona, Colorado, and Utah, combined. Uranium imports to the United States are lower than they have been in fifteen years, and Canada is our largest supplier.

In Congress, I’m working to preserve the Canyon from these threats. Last fall, the House of Representatives voted to pass the Grand Canyon Centennial Protection Act, legislation I helped introduce that would permanently ban uranium mining in and near the Grand Canyon.

I’ve also introduced legislation to expand compensation for individuals exposed to radiation while working in and living near uranium mines or downwind from nuclear weapon test sites, and a resolution urging the Environmental Protection Agency to do more to clean up and remediate toxic, abandoned sites on the Navajo Nation.

To open the Canyon to uranium mining is to ignore our responsibility to the communities who call it home and the millions of Americans whose water flows from it.

The Grand Canyon is too precious to lose.

Tom O’Halleran is a member of the U.S. House of Representatives representing Arizona’s 1st Congressional District. A Democrat, he lives in the Village of Oak Creek.