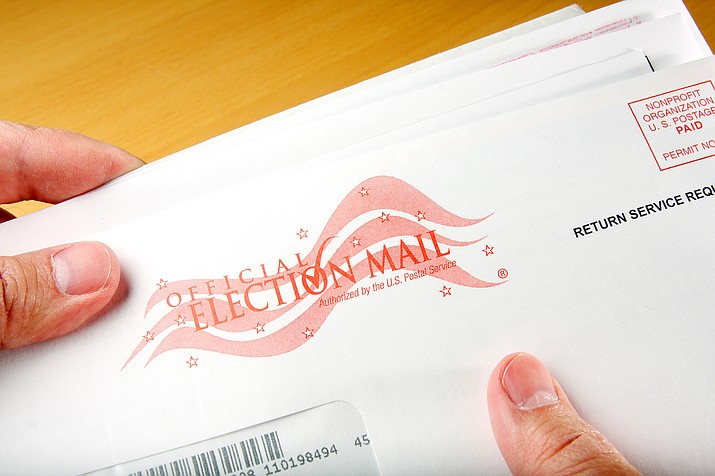 Tribal members are asking a federal judge to require the state to count mail-in ballots that are received after Election Day. (Adobe stock)

PHOENIX — Members of the Navajo Nation are asking a federal judge to require the state to count mail-in ballots from voters on all the state’s reservations that are not received until after Election Day.

The lawsuit filed in federal court says a study of mail service on the remote reservation means that many tribal members who request early ballots won’t receive them on time to mark them and mail them back to county election offices to meet the deadline. So it asks that all ballots postmarked by 7 p.m. on Election Day from any reservation address be counted if they are received within 10 days of the election.

Hobbs told Capitol Media Services she is powerless to do anything about it.

“The deadline is set by state law,’’ she said.

Hobbs said that’s why she had been trying to do outreach to explain the deadlines and options for returning ballots, especially to residents of areas “that don’t have consistent postal service.’’

But O.J. Seamans, co-director of Four Directions, a Native American organization which helped craft the lawsuit, said that state laws have to fall if they violate federal statutes and constitutional requirements. And that is exactly what a federal judge is being asked to rule here.

The issue comes down to a matter of time.

According to the lawsuit, it takes less than 18 hours for a certified first class letter sent from Scottsdale to get to the Maricopa County Recorder’s Office.

By contrast, it takes six days for a first class certified letter to make it from Pinon to the Navajo County Recorder’s Office in Holbrook.

It appears to be a problem, at least in part, to how the U.S. Postal Service handles rural mail.

Attorney Chris McClure said a piece of certified mail from Teec Nos Pos was tracked through Albuquerque to Flagstaff to Phoenix before winding up in St. Johns.

And even that requires that someone get to a post office in the first place.

All that, said Seamans, goes to the legal question of whether Native Americans have equal access to voting opportunities, something he said is required under the law.

“For people in Scottsdale to go to the post office is like taking a round of golf,’’ he said. “People on the Navajo reservation, it’s running a marathon and a half over 38 miles in order to find a post office, if not more.’’

Then there’s the lack of public transit, the lawsuit states, as well as the additional fuel costs of getting to the post office.

The situation is even more complicated, the lawsuit says, because of the COVID-19 outbreak. That, in turn, is resulting in more people choosing to vote by mail rather than go to a polling station.

All that, said Seamans, combines with state election laws to create a physical impossibility.

He pointed out that, by statute, Arizonans can request a mail ballot for this year’s general election as late as 5 p.m. on Oct. 23. Given the amount of time it takes to deliver the ballot in the first place, get it filled out and sent back, Seamans said there’s no way to actually have it arrive by 7 p.m. Nov. 3.

Even if it could arrive on time, he said, there’s still an unconstitutional disparity.

He said, it’s not like granting what the lawsuit seeks will create a financial burden.

“The remedy isn’t going to cost anybody anything,’’ he said. “The people that count the ballots are still going to be there after Nov. 3.’’

Seamans acknowledged that the problem of slow delivery are not limited to reservations. He said that residents of rural areas of the state also face similar problems.

But the legal difference is that Native Americans are a “protected class’’ under the Voting Rights Act.

That law makes it illegal to have any election laws where members of a protect class “have less opportunity than other members of the electorate to participate in the political process and to elect representatives of their choice.’’

And the lawsuit says the situation has to be viewed in conjunction with other “practical realities’’ of life on reservations, including poverty and predominant use of a language other than English.

This isn’t the first time the issue of ballot deadlines in Arizona has gone to court.

Hobbs was sued last year by two groups who charged that voters are being disenfranchised by the hard-and-fast deadline, especially when the state is promoting that people cast their ballots by mail. That lawsuit also raised a discrimination claim, saying that minority voters, particularly in rural counties, are far more likely not to have their ballots counted because they didn’t arrive on time.

But in a deal reached in June, the two groups that sued agreed to drop the lawsuit. In exchange, Hobbs promised to do more voter education to help ensure that people get their early ballots mailed back in time to meet the Election Day deadline or that they instead drop them off at polling places.