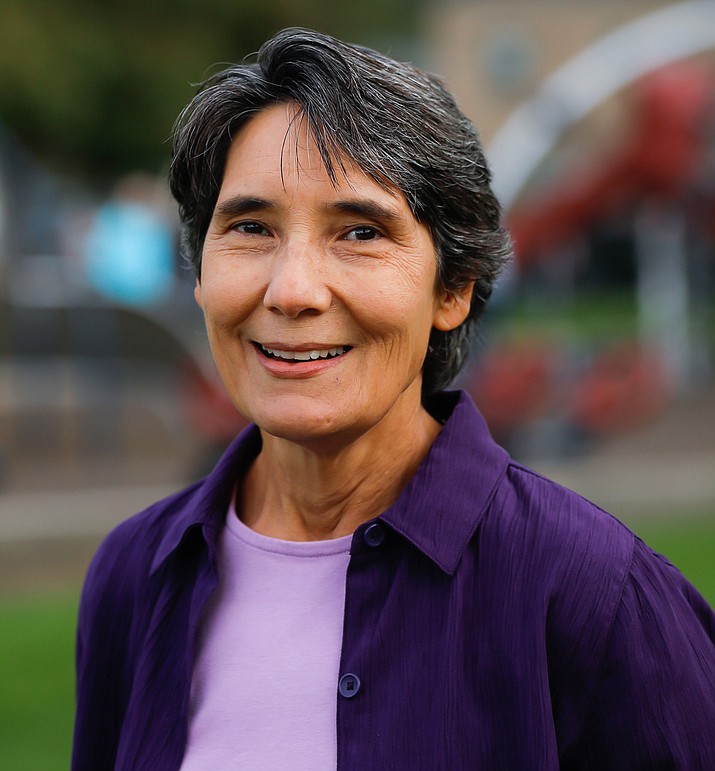 Editors note: Democrat Felicia French is running against Repubican Wendy Rogers for State Senator for District 6. Wendy Rogers did not respond to the Q & A.

Tell us about yourself and why you are seeking this office.

I’m a 3rd generation Arizonan, a nurse and retired Colonel. During my 32 years of U.S. Army and Arizona National Guard service, I never once asked what party anyone belonged to — my goal then was to complete our shared mission. I’m running now, with the same goal for all Northern Arizonans.

Tell us what your top three issues are and how they will impact Native Americans in the district?

As an educator and a mom, I believe that no matter where a child lives, they deserve to attend a great public school. As a nurse, I want our tribal nation and rural community members, to have access to quality preventative care and affordable medical treatment. I also want to strengthen local control, so our state government is more accountable.

When I backpacked the 800-mile Arizona Trail, I saw the effects of a 20 year drought. We must protect our water and open spaces. We must also address our district’s local issues, like the lack of jobs and reliable broadband/internet.

If you’re elected, what will you do for Native Americans in the district?

Since the 1960s, the aquifer under the Navajo Nation has been sucked dry to slurry coal to the Navajo Generating Station (NGS) near Page. That power feeds Maricopa and Pima counties. Yet, 15,000 Navajo homes still don’t have electricity.

Worse, electricity generated from NGS coal-power plant was used to pump water from the Colorado River to Phoenix, while up to 40 percent of Navajos still don’t have access to running water.

In the last session, Republicans tried to prohibit the state from entering into, negotiating, extending or renewing gaming compacts — essentially forcing tribal nations to sell their water rights in order to continue their gaming economy! If elected state Senator, I would oppose any such legislation.

How do you feel about Invest in Ed on the ballot? What would you do for public schools and Native American students in the district?

Today education funding in Arizona still does not match pre-2008 recession levels. That means an entire generation of students has already missed out on the education they need to succeed—the gap is even greater for our tribal nations.

Tens of thousands of our students still don't have a permanent teacher, because 1,700+ teaching positions are unfilled! Our state is 49th in teacher pay, 48th in high school graduation rates, and 46th for student funding. That’s why I support INVESTinED. Because it’s time to pass budgets that reflect our values and priorities, without asking working families to make even more sacrifices.

District 6 is a swing district, which may result in Republicans or Democrats controlling the legislature. Why is this important and how would it impact you and Native Americans?

Recently, Republicans in the state legislature have sought, once again, to disenfranchise Navajo Nation voters. They introduced legislation that would break up majority tribal nation legislative districts, by capping population differences between Arizona’s districts.

This legislation directly violates a section of the Voting Rights Act; it proposed creating district lines that would diminish the electoral power of the Navajo, Hopi and other tribal nations. As state Senator for LD 6, I would directly oppose any legislation that compromises tribal sovereignty.

How can you help those in the district who are suffering financially due to the pandemic?

As state Senator, I will work for paid two-week leave and to increase Arizona’s current unemployment insurance to meet or exceed national averages.

I will also work with internet service providers to increase access to reliable and redundant service to our rural areas, so people and local businesses do not lose jobs and income because internet service is unavailable or down.

On a personal, local level, I would encourage those who can afford to help their neighbors, to buy gift cards from community-based small businesses to help cover employee salaries while businesses are slowed or shuttered because of the pandemic.