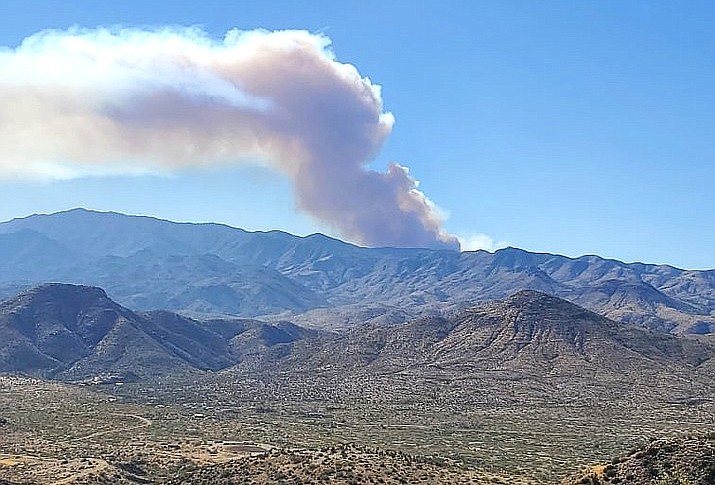 CROWN KING, Ariz. — On Oct. 19, three firefighting divisions were assigned to protect the community of Crown King, Arizona from the Horse Fire by creating firebreaks, constructing fireline and installing sprinkler systems from the center of the town to outward structures.

Authorities said the wildfire fire began Oct. 15. The origin is under investigation.

Authorities said the last known October fire within the Prescott National Forest was in 2007 and was stopped at 630 acres.

Because of severe drought, plants are dead or dry and make for good fire fuel. Fire personnel stated that access is limited by the steep terrain and dense vegetation, making it unsafe for firefighters to fight the fire directly at the edge. Therefore, the Horse Fire will burn within its footprint for a long duration until significant moisture consistently hits the area for longer durations.

All roads leading into Crown King have been closed — Goodwin, Senator Highway at Palace Station, and County Road 59 from Cleator.

More information on the Code Red alerts issued is available from Yavapai County Sheriff’s Office Facebook page or at (928) 771-3321.