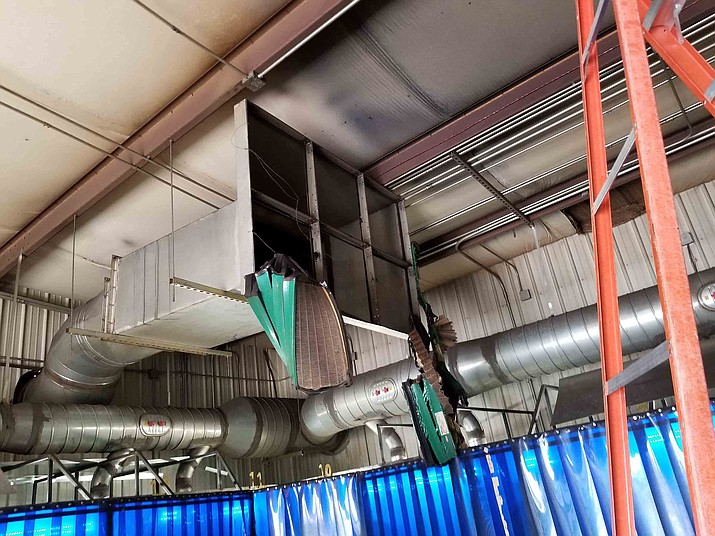 Around 2:04 p.m. students and staff in the welding building began to smell smoke. Cosmetology classes, which is typically housed in the same building, were not in session at the time.

“Before I could say anything all 19 students were at their muster site and were counting to make sure all students were out, and were making sure they all had their buddy,” said NPC Welding Instructor, Frank Pinnell. “In an approximate 30 seconds of time the entire shop had filled with thick white smoke.”

At 2:06 p.m. a 911 call was placed and emergency services were dispatched. Students were sent home or back to their high school.

“(The) fire was rapidly extinguished, and due to the nature of large commercial complex fires, mutual aid was received from Concho, Springerville and Eagar Fire Departments,” the post stated.

According to NPC Chief Information Officer of Technology Advancement and Support Scott Estes, damage to the building is minimal.

The cause of the fire is yet to be determined.