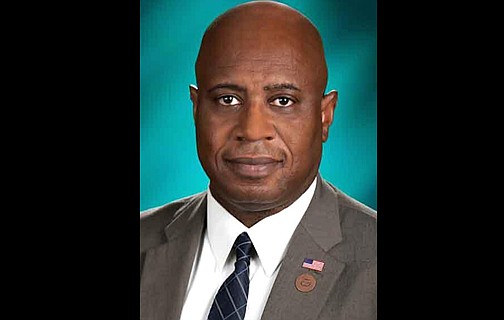 Editors note: Republicans Brenda Barton and Walt Blackman, Independent Art Babbott and Democrat Coral Evans are running for two State Representative seats for District 6. Here, candidates respond to questions about top issues facing Native populations, education and the economy. Candidates were asked to give a 100-word response to the same questions. Candidate Brenda Barton did not respond in time to meet the deadline for the Q & A.

Representative Walter Blackman is a Republican who won the 2018 Midterm General Election for State Representative for LD6. With his election win, Blackman was the first black American in Arizona's history elected to the Arizona House of Representatives. Blackman is a constitutionalist conservative who served in the United States Army as a non-commissioned officer and tank commander for 21 years.

What are your top three issues and how will they impact Native Americans in District 6?

My top three issues are opiod use, criminal justice, and K-12 funding for Arizona kids. I supported and voted for the K-12 budget for two years in a row. I sponsored comprehensive criminal justice reform in Arizona during the last session, and I am working with partnerships to fund and support drug treatment centers to help people who have a drug addiction to opiods.

If you are elected, what will you do for the Native Americans in the district?

When elected, I will not only advocate for Native Americans, but all Arizonans on the issues of importance to each community so as Arizonans across the state, regardless of ethnic background, will benefit.

How do you feel about Invest in Ed on the ballot? What would you do for public schools and Native American students in the district?

Educational K-12 funding continues to increase with the 20 for 20, since Governor [Doug] Ducey's announcement of the plan. Taxing Arizonans is not the answer. Finding new revenue streams to fund education is the way forward.

District 6 is a swing district which may result in Republicans or Democrats controlling the legislature. Why is this important and how would it impact you and Native Americans?

I've been able to work across the lines with my criminal justice reform bill HB2808, passed out of the house 60-0. Whoever joins me in the House of Representatives, I will continue to work hard for all voters in LD6 and the state of Arizona.

If elected, how can you help those in the district who are suffering financially due to the pandemic?

I will continue to work with our congressional delegation to pass swift legislation to ease the financial burden that has hit our community because of COVID-19.