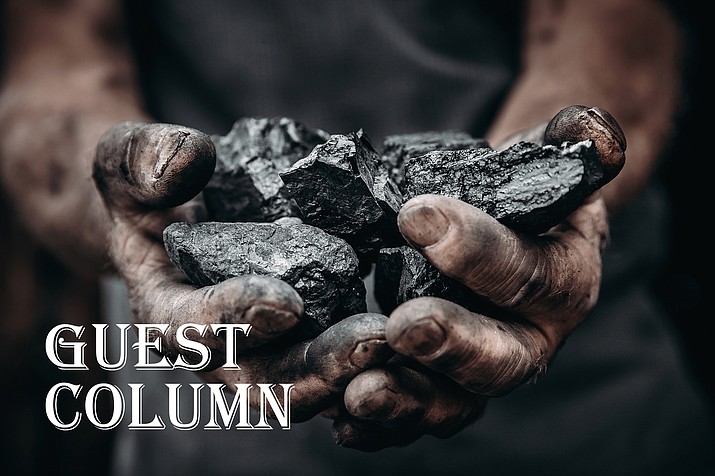 After a half-century of exploitation of Hopi resources, we now have an opportunity to recover what’s been taken from us, and as former Hopi Tribal Chairmen, we are asking Hopi leaders to take a stand.

From the late 1960s through last August, Peabody mined Hopi and Navajo coal from Black Mesa and Kayenta mines. It pumped billions of gallons of groundwater, much of it to slurry coal 275 miles away. And it exploited tribal naivete for a lopsided deal that compensated Hopi pennies-on-the-dollar for what we should have received for our resources.

It’s now 2020. Black Mesa Mine closed 15 years ago and reclamation there still isn’t complete. Kayenta closed over a year ago, and despite ample time to begin reclaiming Hopi land and water, there has been no meaningful reclamation done there, either.

As federal trustee to the Hopi, the Office of Surface Mining, Reclamation and Enforcement (OSMRE) has a legal duty to ensure that lands and water damaged through years of mining are reclaimed in compliance with laws such as the Surface Mining Control and Reclamation Act and that such work is done in a timely manner. So far, OSMRE has failed to come close to meeting its obligation to ensure reclamation of either mine.

In June, former Hopi Chairman Vernon Masayesva and I wrote to the director of OSMRE’s Western Region to request that the agency comply with its trust responsibilities. The law requires OSMRE to treat the end of mining as a “significant mine permit revision.” This designation is critical. It will authorize a full environmental review that, for the first time in a half century, will require full consultation with and participation by both Hopi and Navajo to ensure a thorough review of reclamation activities. And it will establish a timetable for work to be carried out – so it does not languish any longer.

To date, OSMRE has not required Peabody to put forth any timetable or plan, leaving it anyone’s guess how and when the company will tackle activities like backfilling and grading at Kayenta; restoration of surface and groundwater; and topsoil replacement. So far, none of those are occurring in active mining areas at Kayenta. In fact, Peabody has applied to delay a significant part of major reclamation that would leave the massive pits gouged into Kayenta untouched for another two to four years.

This is highly concerning. Given Peabody’s track record, there are legitimate doubts we will ever see restoration of springs used for religious purposes or of the Moenkopi water flow, mitigation of high arsenic levels in our water, the return of mined lands to previous uses, nor construction of storage facilities for cultural artifacts removed during mining. Without a rigorous review of Peabody’s plans, this all remains in line to become yet another example of unkept promises to the Hopi.

When the deal to begin coal mining on Black Mesa was crafted in the 1960s, officials assured us we would gain enormous wealth. Now, after a half century of providing cheap coal and water to power growth and prosperity in places like Phoenix, Los Angeles and Las Vegas, we can see the emptiness of that promise.

We cannot allow ourselves to forget the deception that created Black Mesa and Kayenta mines in the first place. They were built only after attorney John Boyden pushed the idea of coal riches on the Hopi, concocting a scheme to get an illegitimate Hopi Council to approve a mining lease – all while working secretly for Peabody at the same time.

Fifty years after this double-dealing, Hopi people still live in poverty and suffer health problems caused by coal mining and combustion. Unemployment is over 80%. Families live in crowded conditions, many without electricity or running water. The Hopi have been treated like a throw-away commodity.

Unless we act now, by demanding a significant revision to Peabody’s permit, the spoils of over 50 years of mining will remain a mess. Our land and water will not be returned with any respect for future use. The promise of prosperity to Hopi never materialized, and unless Hopi leaders demand a comprehensive review of Peabody’s reclamation plans, promises for a genuine cleanup of Kayenta and Black Mesa will ring just as hollow, leaving Hopi to deal with extensive surface and subsurface damage, an over-pumped aquifer and destroyed springs, shrines and burial sites. And no recourse to fix any of it.

OSMRE has a trust duty to the Hopi, and we call on Hopi leaders to demand that Peabody is held accountable.