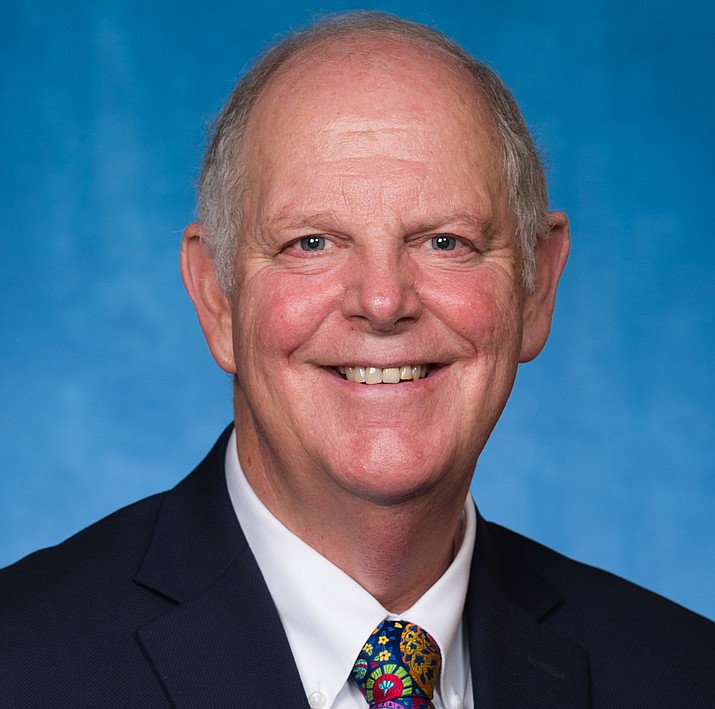 FLAGSTAFF, Ariz. — U.S. Rep. Tom O’Halleran credits his reelection to a record Native American voter turnout that also impacted the presidential race, other races and has the potential to impact the state and nation in the future.

O’Halleran represents Congressional District One, which includes the Navajo and Hopi reservations.

O’Halleran said he was “heartened” by the Native American turnout. He said there was a tremendous increase from 2016 to 2020. He said the precincts in Kayenta and Moenkopi doubled in their voter support for him.

“Across the district, all of the tribes increased their voting,” he said.

According to O' Halleran, 89 percent of tribal votes went for him. He said this showed that they are moving in the right direction, but said there is a lot more left to do.

O’Halleran said the tribes in the district have a lot of needs in common including funding for IHS, infrastructure and tribal sovereignty. He said specific problems for Hopi are their jail and waterlines. Problems specific to Navajo are housing, veterans, uranium cleanup and the Bennett Freeze.

O’Halleran said he does not want to see Native American veterans or rural veterans treated differently than other veterans. He said a veteran in the Phoenix area may have to drive 20 miles to the veteran’s hospital while it may take many hours for those on reservations. He said some Native Americans on dialysis have to drive 150 miles each way three times a week. He said dialysis needs to be available by at home specialists.

“We need to get them out to the patient,” he said.

O’Halleran said other specialists for veterans should be available by telemedicine, but this shows the necessity to bring more broadband to the reservations.

There is a law that keeps veterans homes from being placed on Native American land. O’Halleran will submit a bill this year to allow veterans homes on reservations. He said veterans need to have better health care.

O’Halleran said he was happy about winning reelection because it showed that the voters thought he was doing a good job. However, the closeness of the race told him that “We can all learn to address what people are concerned about.”

“Clearly we have a lot of work to do and people need to work together,” he said. “We have to unite the country again.”

O’Halleran said the current Republican majority Senate has not been open to funding Native Americans needs, whether it dealt with COVID-19, infrastructure or housing. He said the one area in the Senate that found bipartisanship was funding for veterans.

The vote left the Democrats with less of a majority in the House of Representatives. But O’Halleran, a Democrat, said this will not impact his bills because he works with everybody. He said 75-80 percent of his bills are bipartisan whether he’s the main sponsor or a co-sponsor. He said there will be times when he disagrees with other congressmen, but he emphasizes not making enemies over the disagreement.

“All of Congress has a right to their opinions, but we have to sit down and say how we can move forward for all,” he said. “We have to sit down, have time together and find out that we have a lot more in common than we think.”

Congressional District One is increasingly more Republican, but O’Halleran feels he won because he works with people whether they are Democrat, Republican or Independent. He said there were a number of Republicans who voted for him.

“I have to listen to people and see what their priorities are,” he said. “I cannot say I won’t work with someone because of what they believe. We are all Americans and equal under the eyes of the law.”

O’Halleran said Kelly and he congratulated each other during a recent phone call.

“We have known each other and we will work together. It was a pleasure to see someone of his caliber as he is a strong supporter of our nation and he will represent all the citizens of Arizona,” O’Halleran said.

O’Halleran said with Biden as president, Native Americans will have a more active administration to reform issues on tribal lands.

“They will be listening and responding on tribal lands. The difference will be night and day. Our public policy should not be used as a political device, but to represent the voice of Native Americans,” he said.

As for Trump not conceeding, O’Halleran said he has never seen this before. He pointed to election officials from all 50 states, both Republican and Democrat, who have said there has been no fraud in the election. He said elected officials understand sometimes they win, sometimes they lose and when they lose, they know it’s time to move on. He said the transition period should begin so the upcoming president can defend the nation.

O’Halleran said he thanks the Navajo and Hopi voters for coming out to the polls in large numbers.

O’Halleran said this will remind America to live up to their trust and treaty issues as well as impacting future elections.

“I love seeing that,” he said. “People on tribal lands have spoken at the highest level I have ever seen throughout the district.”