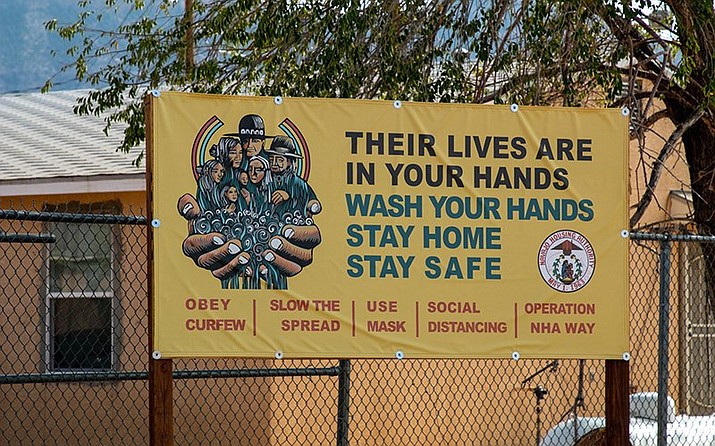 Native Americans are keeping close watch as the U.S. Supreme Court considers whether to keep, or toss, the Affordable Care Act. The law included permanent reauthorization of the Indian Health Care Improvement Act, and Native leaders worry it could be wiped out. (Photo by Daja E. Henry/Cronkite News)

PHOENIX — Native American leaders are keeping close watch on the Supreme Court battle over whether to repeal all or parts of the Affordable Care Act, a move many say could devastate health care for American Indians and Alaska Natives.

“In our vulnerable populations, particularly in the time of COVID-19 and its disproportionate impact on Native people, this is not where we need to be spending our energy,” said Stacy Bohlen, chief executive officer of the National Indian Health Board.

But the law, often referred to as Obamacare, also includes a number of provisions specific to Indian Country, including permanent reauthorization of the Indian Health Care Improvement Act, which provides ongoing funding for Native health programs, primarily through the Indian Health Service.

It also expanded tribes’ authority to run their own health care programs, provided for expansion of the IHS and community health care workforce, and included behavioral health and youth suicide prevention programs.

“People talk about the Affordable Care Act like it’s all one thing,” said Sarah Somers, an attorney with the National Health Law Program who specializes in litigation to help underserved communities access good health care. “But really, there’s almost like five or six different parts of it, and if you repeal it, then all of the codified statutes go away.

“It’s not to say it (the ACA) is without flaws, but just sweeping it off the table is ridiculous — and disruptive and cruel to a lot of people.”

One of the key, and most controversial, provisions of the law is the so-called individual mandate, which requires most people to be insured or else face a penalty.

The U.S. Supreme Court in 2012 upheld the ACA and the individual mandate. But after the election of President Donald Trump, who vowed in his 2016 campaign to repeal the signature achievement of his predecessor, Congress amended the law to erase the financial penalty for not having health insurance, setting it to zero but leaving the mandate on the books.

Twenty states, led by Texas, sued again in 2018, arguing the individual mandate is no longer constitutional because of that change and seeking to have the entire ACA struck down.

The high court heard oral arguments Nov. 10, but a ruling isn’t expected until sometime next year.

Hundreds of tribes filed a brief arguing that even if the individual mandate is deemed unconstitutional, the law should not be thrown out entirely and, specifically, that the Native health care provisions should be severed from the rest of the act and protected.

“These Indian-specific provisions are not related to or dependent on the individual mandate specifically or health insurance reform more generally, and they implement a separate and distinct legislative purpose,” the brief states.

Sen. Tom Udall, D-N.M., and vice chairman of the Senate Indian Affairs Committee, said in an email to Cronkite News that the ACA has been “nothing short of lifesaving” for Native communities by expanding access to services, making health care more affordable and helping to create a more dependable system.

If the high court overturns the law, he said, “I am deeply concerned that the (Indian Health Service) system will be thrown into chaos, and millions of Native Americans will lose access to lifesaving care during a pandemic that is disproportionately impacting them.”

Such health disparities are common among Native Americans, whose life expectancy is 5.5 years less than others in the U.S. and who face disproportionately high mortality rates from a host of ailments, including heart disease, liver disease and diabetes. Those underlying conditions also make them more vulnerable to the novel coronavirus that causes COVID-19.

The Indian Health Care Improvement Act, first passed by Congress in 1976, is part of the foundation for health care in Indian Country. Before the ACA, Congress had struggled for more than a decade to reauthorize the law.

Somers noted the Supreme Court has a few options as justices weigh the ACA: dismiss the challenge, leaving the law intact; find the entire law unconstitutional; or strike down the individual mandate but leave the rest of the law intact, including the Native provisions.

During oral arguments, several justices seemed to indicate a preference for the last option. Justice Brett Kavanaugh, a Trump nominee to the court, said the case for excising the mandate but leaving the rest of the act intact seemed “straightforward.”

The death of Justice Ruth Bader Ginsburg, who had voted previously to uphold the ACA, left many questioning the future of the law. Trump nominee Amy Coney Barrett, who was sworn in Oct. 26, has been a critic of the law.

“It’s worrisome,” Somers said, referring to how Barrett could alter the outcome of the case. “There was a lot of publicity about the fact that she was very critical of the decision to uphold the individual mandate.”

“It would cause a total upheaval in our approach to advocacy and education and outreach,” she said. “In the context of what we’re all facing … this is not the time to add this extra burden and an additional crisis onto the Indian health system and onto Indian people.”