Yavapai County to dismiss marijuana cases due to Prop 207 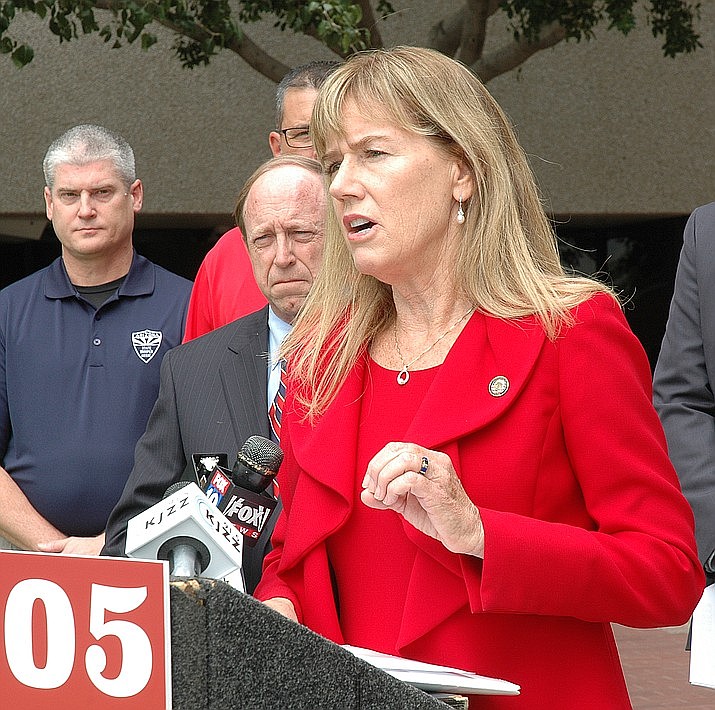 On Nov. 3, voters in Arizona approved Proposition 207, an initiative that decriminalized personal possession and use of marijuana in an amount less than 1 ounce and limits personal cultivation of marijuana by a person 21 and older.

The effective date of Proposition 207 will be in approximately 30 days. The Yavapai County Attorney’s Office will begin implementing the will of the voters immediately.

Because of the new expungement provisions in Prop. 207, instead of continuing to expend resources on these cases, the office will dismiss all pending charges of possession of marijuana and any associated paraphernalia charges for conduct that is covered by the proposition. This will include all cases pending in Early Disposition Court, those pending trial, and those set for sentencing or probation violation hearings.

Now that Arizona voters chose to pass Prop. 207, Polk said adults 21 and older are allowed to possess, use, cultivate and grow limited amounts of marijuana and if they exceed those amounts, the current law still applies in terms of prosecution.

As for DUI cases, Polk said it is still illegal to be impaired and drive, meaning the DUI statute changes but the basic premise of DUI laws still upholds that drivers cannot be impaired to the slightest degree.

“What changed is that the provision that prohibits driving with any amount of THC in your system no longer applies,” Polk said. “But if law enforcement can prove that someone who used marijuana is impaired to the slightest degree, that will still be a viable prosecution that we will charge and prosecute moving forward.”

“The laws don’t permit kids to use marijuana. However, when you legalize it for adults, the experience from other states tells us that youth will be able to access it more easily. Their perception that it is not risky to use decreases and the use goes up as a result of those two things.”

Polk urges the parents of children in Yavapai County to keep in mind that marijuana use of any kind is still illegal for anyone younger than 21.

Lastly, Polk mentioned that in the 11 states that have legalized recreational marijuana prior to this past election, there have been increases in use among the youth, marijuana-impaired drivers out on the road and a workforce that is unqualified, which means businesses are having a difficult time hiring workers who can pass their drug tests.

NEIGHBORING MARICOPA TO DO THE SAME

The Maricopa County Attorney’s Office (MCAO) will also be dismissing all pending and unfiled charges of possession of marijuana and any associated paraphernalia charges that are before its office. Instead of continuing to spend resources on these cases, Maricopa will begin implementing the will of the voters immediately, a news release states.