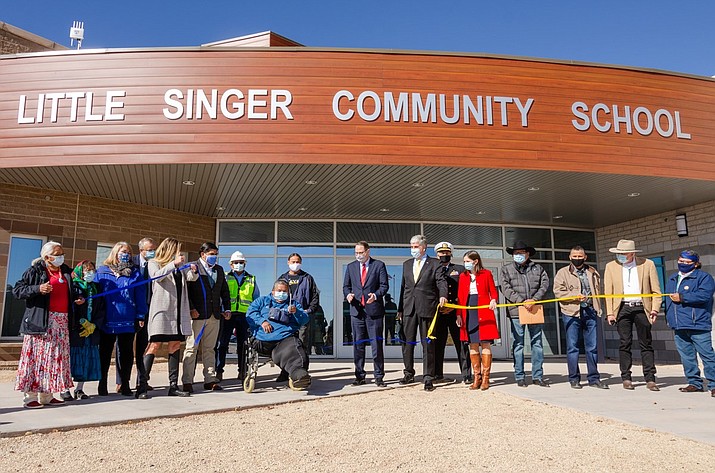 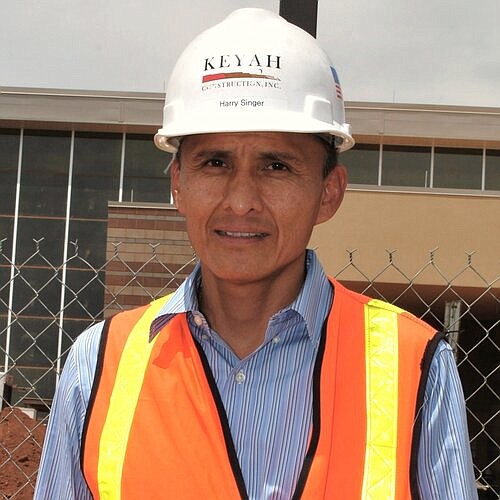 “I was there wearing two hats, one representing a family and the other as a general contractor,” Singer said.

Singer said it was his paternal grandfather Hátááłii Yázhí, or Little Singer, who first envisioned a school in that area of the reservation — a vision that Singer was able to fulfill with the completion of the new 35,000-square-foot school.

“The real visionary behind this whole school concept was my grandfather on my dad’s side,” Singer said. “He had the whole idea of having a school in the community of Bird Springs back in the 1950s and 60s — they have slowly worked toward it.”

In the 1950s and 1960s, children were still being sent off the reservation to receive elementary and high school educations — many lived in boarding schools. It was reported that Singer’s grandfather — a medicine man known as Little Singer said he noticed “an unnatural silence” within the community. This spurred the medicine man to approach his community for support to bring those children back into the community — and his family, friends and neighbors responded wholeheartedly.

Little Singer’s son, Benny Singer Sr., loved the school his father dreamed of and fully supported that dream. In 1978, the Singer family donated land for the construction of a school.

After the school opened, it continued to grow and the need for a new school became apparent.

In 2017 Little Singer School opned a bid to build a new school and Keyah Construction won the bid for the project.

with funding provided by the Bureau of Indian Education. The school received $28 million for the project. The combined contract for Keyah Construction was $19 million and included the construction of new staff quarters, fire suppression system, bus barn and K-8 school.

“Finally the money became available to build a new school,” Singer said. “It’s satisfying and something I’m proud of and it kind of fulfilled the vision that my grandfather had.”

Etta Shirley, principal of the Little Singer Community School, said the new facility will serve over 100 students ranging from pre-kindergarten to eighth grade.

“My work is dedicated to our kids and their families. I always want the best for them,” Shirley said. “They’d go to other schools in other communities and ask when they could get a new one, and we got it for them as a team."

"I know the students will be overjoyed to have a new school they can take pride in, and the day is coming when this pandemic will be over. We can’t wait for them to come back," she said.

The new school is 32,000 square feet and replaces nearly every facility on the school campus, including administration offices, the cafeteria, the kitchen, multi-purpose room, the classrooms and the bus barn. There are also adult classrooms.

“This new facility kind of consolidates all of that,” Singer said. “There are culturally significant rooms throughout the building, like the cultural hall.”

The cultural hall is constructed from steel, is circular in design and is more than 24 feet tall.

“It’s quite a sight to see when you walk in, it’s all these exposed beams and they rise up towards the ceiling,” Singer said.

The school property also received new pavement throughout the campus and five new housing units for teachers. The septic system was updated and a 200,000 gallon water tank was added to the property along with a new fire suppression system.

“It’s rewarding to see it come to completion,” Singer said.

Once students and administration move in, Keyah Construction will remove the old school buildings.

Singer said both his grandfather and father would have been very proud to see the school completed.

“They probably would have been emotional — to see their vision fulfilled,” he said. “The school, in bearing his name is still committed to honoring his legacy.” 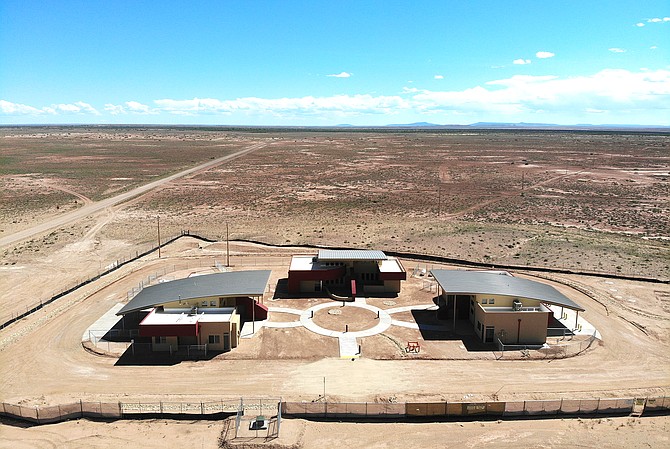 Singer said there were many other immediate and extended family members and community members who helped see the project through to completion.

“All construction workers, including the project managers and laborers, were all 100 percent Navajo from Birdsprings and surrounding communities,” he said.

Other projeccts completed by Keyah Construction include the 35,000-square foot Winslow medical office buildings and hospital and the renovation of the Navajo Nation Council Chambers in Window Rock.