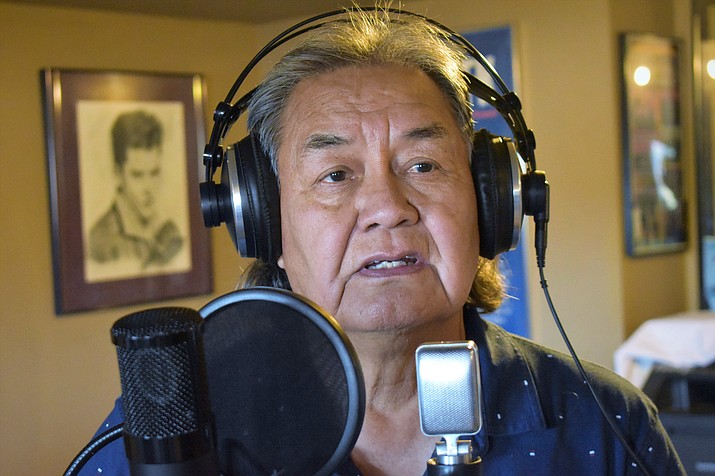 CRYSTAL, N.M. — Pineland Records has announced that Razor Saltboy has finished recording his new album which is now in the mixing stage and will be mastered before the release of a CD later on this fall.

“I’m really excited about this album and the work of love that we put into it. I am looking forward to the release of the CD. I hope the songs on the album will touch people. Maybe someone somewhere will identify with a story, a message, or the lyrics of one of the songs that it will mean something to that person,” Saltboy said.

The title of the album is “Love Me (Now Until Forever)” and contains 12 songs all written by Saltboy inspired by personal experiences, suggestions from people, experiences of other people or something he has heard in conversations. Saltboy sings about the joys, trials, and sorrows of reservation life on this album.

“This album has been a long time coming. We have worked very hard to complete it and we are proud of the final product. With this album we were finally able to transfer what sounds we heard in our heads to the recordings. We paid homage to our many influences; from musicians, to filmmakers, to authors, and studio engineers we all admire and respect,” said Aanor Louis. Producer and Engineer, Perihelion Studio. “There are some beautiful songs on the album and we hope people respond to them the way we have.”

This will be the fourth album on Pineland Records by Saltboy who is licensed through the American Society of Composers, Authors, and Publishers (ASCAP). Saltboy has been popular with Navajo listeners with some of his songs in English and Navajo with a smooth transition from one language to the other.