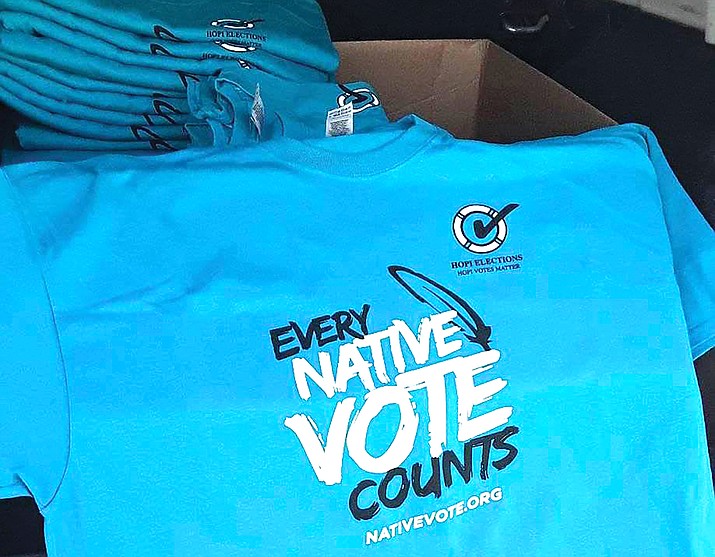 Polling locations are open on the Hopi Reservation for in-person voting and for those wanting to drop off their early voter ballot. The Hopi Elections Office is currently giving away t-shirts from the Inter Tribal Council of Arizona for in-person voters. (Photo courtesy of Karen Balenquah)

KYKOTSMOVI, Ariz. – Today is Election Day, Nov. 3 and while many have cast their ballots through early voting, there is still time to vote in person or turn in your ballot at the polls.

Polls opened today at 6 a.m. and close at 7 p.m. Voters will need to bring a valid ID to vote.

According to the Hopi Elections Office, there has been a steady flow of voters at the polls.

“There are a lot of first timers,” said Karen L. Shupla, Hopi tribal registrar. “So far, the voter turnout is awesome.” 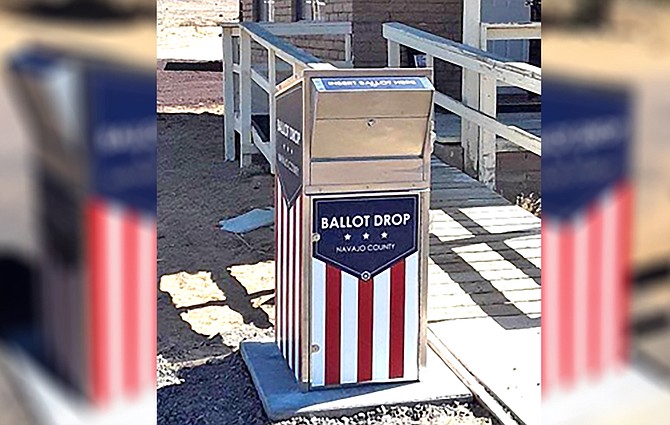 The early drop off ballot box is located at the Hopi Elections Office at Kykotsmovi, Arizona. (Photo courtesy of Karen Balenquah)

For those voting in person, the Hopi Elections Office is handing out T-shirts with “Every Native Vote Counts” emblazoned on the front. The shirts are provided by the Inter Tribal Council of Arizona.

“Everything is possible when we vote together,” the National Congress of American Indians tweeted to its followers Nov. 2. “Our votes help us turn our dreams into our futures. Our votes are demands that our communities, needs, cares, and concerns be witnessed.”

So far, Hopi voters are having a positive voting experience, according to Shupla.

“They feel better after they vote,” Shupla said. “They’re having an excellent experience and the COVID regulations are being followed.”

The ASU Law Center is conducting voter observance and asking for voter feedback at polling locations.

For those voting in person on the Hopi reservations or wanting to drop off their early voter ballot, the following polling sites are available:

An early drop off ballot box is also located at the Hopi Elections Office at Kykotsmovi, Arizona.