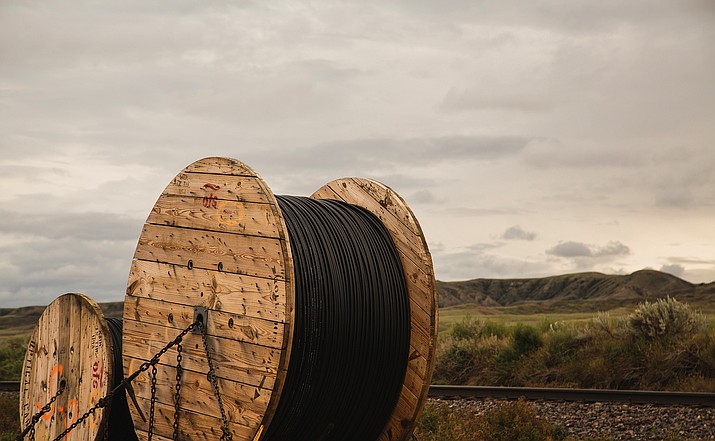 The Federal Communications Commission awarded broadband licenses to 154 Native American tribes, including 11 in Arizona, ahead of a public auction of the licenses. Winning tribes are required to extend broadband access to at least 80 percent of the covered areas within five years. (Photo by Tony Webster/Creative Commons)

WASHINGTON — The Federal Communications Commission has granted broadband spectrum licenses to 11 Arizona tribes in what FCC Chairman Ajit Pai called a major step forward in our efforts to close the digital divide on Tribal lands.

The awards, announced last week, were the result of a first of its kind Rural Tribal Priority Window that gave tribes the chance to apply for and receive spectrum licenses at no cost. Those licenses — which can be used for high-speed wireless broadband — are usually auctioned off to the highest bidder.

The licenses “will open the door to economic growth and allow tribal families to work and learn remotely, access telehealth services, and stay connected to loved ones,” Rep. Tom O’Halleran, D-Sedona, said in a statement Oct. 28.

The licenses give tribes exclusive use of up to 117.5 megahertz of 2.5 GHz (gigahertz) band spectrum they can use to get their communities connected. They will also give tribes a potential revenue stream, making them less dependent on private firms that are not always interested in developing the infrastructure to extend access to rural areas.

Tribes will be able to use the licenses to implement broadband infrastructure themselves or lease the rights to a third-party company to do the work. Either way, they have to meet certain benchmarks to retain the licenses: Half the population area covered by the license must have access to service within two years, and 80 percent within five.

Tribes may not sell or transfer their licenses before they meet the benchmarks.

The FCC announced the tribal priority window after tribal representatives last year complained to Congress that the agency was not doing enough to close the digital divide on tribal lands — a claim backed up by a report from the Government Accountability Office. The GAO report said 35 percent of people living on tribal lands lacked access to broadband in 2018, compared to 8 percent for Americans overall.

“Few communities face the digital connectivity challenges faced by rural tribes,” Pai said in a statement on the license awards.

The National Congress of American Indians this summer hailed the tribal priority window as “one of the few inexpensive solutions to overcoming the numerous barriers that have prevented better connection to tribal areas, as well as preparing them for future high-speed connections.”

The window was open from Feb. 3 to Sept. 2 — including a month-long extension due to the COVID-19 pandemic — and gave eligible rural tribes a shot at applying for broadband licenses before the rest of the available licenses were auctioned off.

In a Senate hearing last year, Arizona lawmakers promised to keep the pressure on the FCC, and this week, some applauded the FCC for its action.

There’s still hope for the three Arizona tribes who applied and did not get licenses this round: the Navajo Nation, Salt River Pima-Maricopa Indian Community and the Fort Yuma Quechan Tribe. The FCC is still reviewing applications and more licenses are likely to be forthcoming.

“Families across rural and tribal Arizona … often face the most significant barriers to digital connectivity,” said O' Halleran, whose rural district includes a large swath of reservation lands. “This year, the coronavirus pandemic has laid bare the digital divide that rural and tribal communities have struggled with for years."