The Navajo gift to the Irish: A personal account of my visit to the reservation 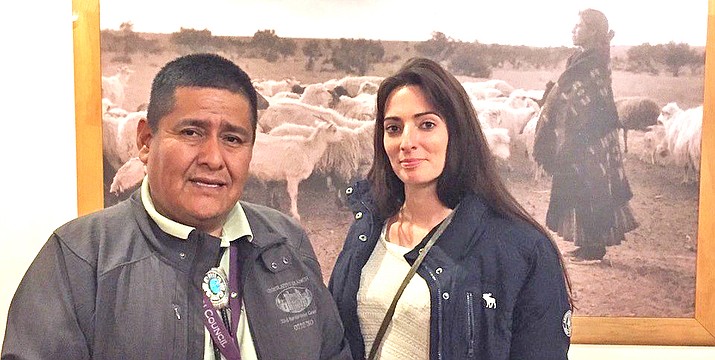 Editor's note: Kevin McCann is a writer and filmmaker from Ireland. His company Maccana Teoranta produce drama and documentary films. He is currently developing a documentary celebrating the links between Ireland and Native America featuring the story of the Choctaw Irish Famine Gift.

This month, tens of thousands of Irish people are donating to a $5 million fund-raising campaign to help the Navajo and Hopi tribes battling the Coronavirus. Irish donors see this as a long overdue payback for the gift of $170 sent by the Choctaw Tribe to Ireland during the famine. My own reason for donating was more recent. A personal experience of receiving the generosity of the Navajo people.

As an Irish writer and filmmaker interested in telling a story about Native America, I was aware of their similar history to Ireland in terms of colonization and cultural oppression but knew very little about who they are today. And so to find out more, I went on a camping adventure last October to Navajo Nation, a land reservation the same size as the Irish Republic — just east of the Grand Canyon.

Before our trip, my partner Mání and I met with a Navajo filmmaker in Los Angeles named Pamela Peters. She kindly suggested people to interview and spoke of Native America’s struggle for recognition. Pamela warned us about the apprehension towards ‘white people’ making films about them because of misrepresentations and skewed narratives — similar to objectionable Irish stereotypes and revisionist agendas.

Our trip would coincide with the Western Navajo Fair, the last tribal festival of the year. We packed our rented car with camping gear and enough snacks for a week. We left LA at daybreak and drove east for 10 hours. At Flagstaff, Arizona (on Route 66), we filled up with gas before heading north-east. The sun set behind us as we crossed the border into the reservation at a dusty plain called Wolf Crossing. We pitched our tent at the remote Hopi Cultural Center under October’s harvest moon. 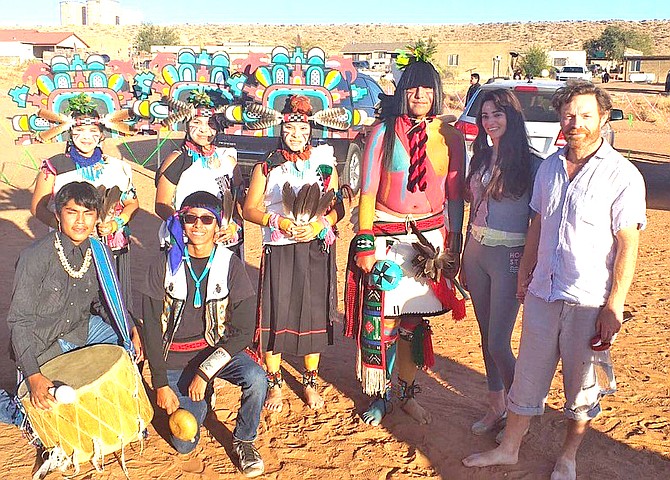 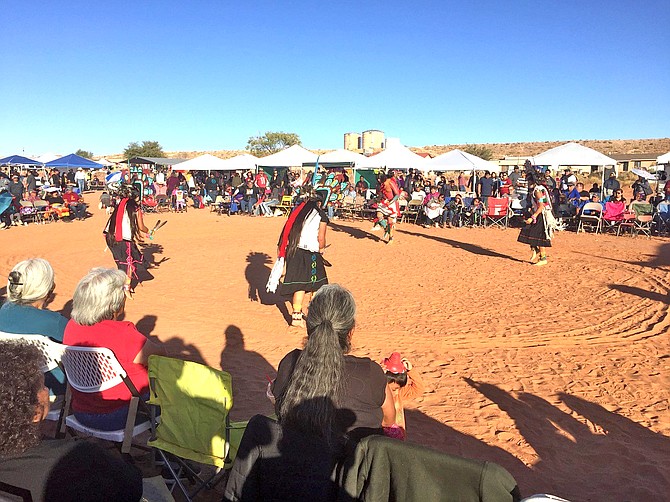 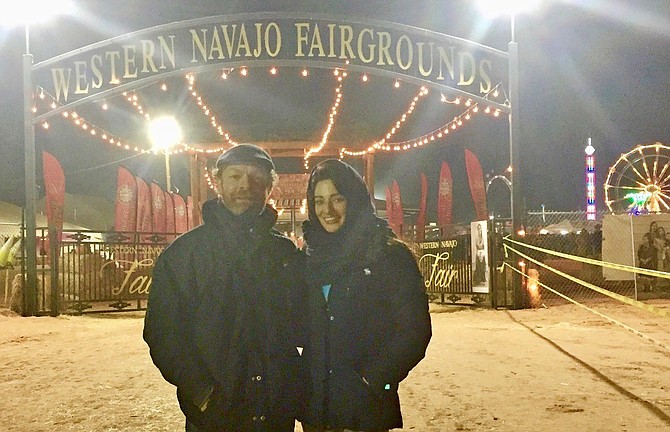 The next day after visiting a Hopi Tribal museum and nearby crumbling villages, I discovered that I had lost our wallet. We were in a very remote area with poor phone coverage and $20 in cash. Rather than return to LA, we had faith and decided to ‘plough on’. The full tank of gas took us to Tuba City – population 8,611. Our eyes lit up when we saw ‘Hogan’ in majestic bright letters over the door of a hotel. As Irish people, we thought we were home and dry with that name. However, in the Navajo language, ‘hogan’ means ‘house’. But all was not lost. The Western Navajo Fair hadn’t started yet and they had a couple of tent spaces to rent – and we had just enough to pay for a night.

The lobby computer at ‘Hogan’s Hotel’ became a part-time office as we figured out a solution. Pamela, the Navajo filmmaker back in LA was now our only point of contact and helped to arrange interviews. Hearing our predicament, she paid for a meal for us along with a second night at the campsite. That evening, the Hogan Restaurant served a beautiful meal with traditional blue corn bread (highly recommended) before the arrival of the Navajo Council Delegate and medicine man. Mention of the name Otto Tso was greeted with smiles and nods of respect. Soon after our meal, Otto came in and sat down opposite us in the booth. He wore traditional regalia and a turquoise necklace. We ordered some tea.

Half-way through our interview, the hotel porter came over and handed the key of Room 207 to Otto. He passed it over to us. He had kindly arranged for Mání and I to stay that night in the hotel. We were happy camping and were initially reluctant to accept, but October nights in Arizona are chilly enough. We didn’t take much convincing. As the interview went on, I glanced at the key and was struck by this act of kindness. This man didn’t know us. He was just helping strangers in trouble.

Otto told us that he lost his mother when he was 7-years-old. A month before she died, she sat her only child down and instructed the young Otto to follow a meaningful path in life. As an adult, he joined the tribal council to serve his people.

“There are 572 Native American tribes recognized by the Federal Government and Navajo is the largest”, he told us, “In my first term, we built a $19 million sewerage scheme on the reservation. This year, it’s infrastructure - building roads and fixing potholes.”

Otto’s eyes welled with tears when telling the Navajo story. We had seen those same tears when speaking with Pamela. In their eyes, was the hurt of the Native people. A hurt from an unhealed wound. A hurt that still allowed for compassion to strangers.

“The sun is our father and the earth is our mother,” Otto told us, and with a smile added “I like to tell people that our backyard is the Grand Canyon.”

Before leaving, I took a photo of Otto and Mání beneath a picture of a Navajo herdswoman. The next day, Otto did us a wonderful favour. I used the computer in the hotel lobby to transfer money to his bank account and he met me at the hotel to give me cash. After our comfortable night in the hotel, we had enough money to enjoy our trip and get home. We were saved.

Over the next few days, we enjoyed the Western Navajo Fair - rodeos and rollercoasters mixed with pre-dawn ritual dances and tribal gatherings. Otto invited us to his home to meet the tribal council after the parade through Tuba City. We saw no other white people while we were there.

The Choctaw tribe whose ancestors gave Ireland the gift during the famine live in Oklahoma, another 1,000 miles to the east. The love of community and wisdom in generosity seen in 1847 lives on to this day.

Right now, Navajo Nation has one of the highest rates of COVID-19 infection. I am proud to honor the kindness of Otto Tso and Pamela Peters in joining the tens of thousands of Irish donating to their fund-raising campaign.

More information about McCann and current projects can be found through his company Maccana Teoranta at www.maccana.ie. Supported by Screen Ireland, Kevin is producing the first movie on the 1916 Irish Rebellion. (www.therising.ie) He is also developing a documentary celebrating the links between Ireland and Native America.