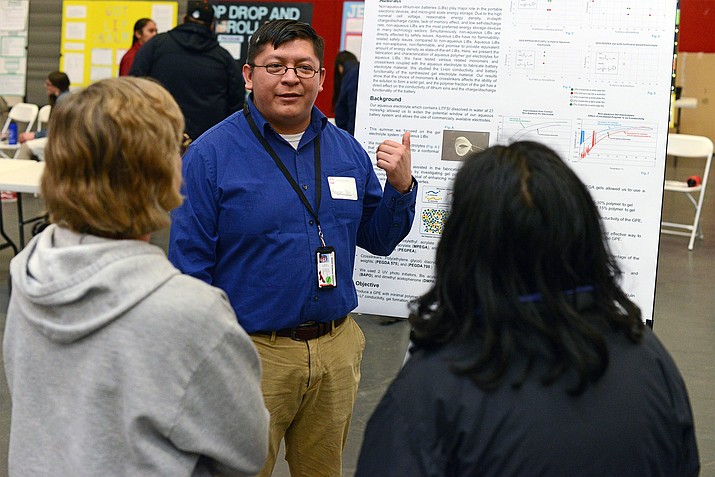 The commencement celebration will be housed on NTU’s website and honored 162 graduates, including the first student to obtain a degree from NTU’s Bachelor of Science program in Biology, Robinson Tom of Crownpoint, New Mexico.

Many facets of NTU’s operations have transitioned digitally since March in response to the COVID-19 pandemic. The switch prompted university officials to honor graduates in the same fashion until an in-person graduation is deemed manageable. The virtual commencement will be abbreviated and less formal than a typical graduation, but will include words of encouragement from university officials and congratulatory remarks from dignitaries. NTU’s scheduled commencement speaker, Dyami Thomas, will also be addressing graduates.

Thomas is an enrolled member of the Klamath tribes in Southern Oregon and is a descendent of the Leech Lake Anishinabe in Minnesota. As a health and wellness advocate, Thomas is certified in suicide prevention and has spent the last six years traveling the United States and Canada spreading awareness on Native American suicide rates and hosting workshops on teen dating violence, domestic violence, and the importance of life and self-motivation. NTU’s featured commencement speaker is also an actor and model known for walking Paris Fashion Week for the French luxury fashion house, Givenchy.

Out of the 162 students recognized during the virtual commencement, 85 will be earning a certificate, 57 an associate’s degree, 17 a baccalaureate degree, and three a master’s degree. Students from NTU’s School of Diné Studies will be well represented at the commencement with students Dana Desiderio, Matilda Lee, and Lisa Willis receiving a Master of Arts degree in Diné Culture, Language & Leadership and Michael Coan, Natalie Desiderio, Ronald Gene, and Wallace Dale receiving a Bachelor of Arts degree under the same program name.

“I would like to take this opportunity to thank my family, friends, and Navajo Technical University staff and faculty, who have always been there for me,” stated Naschitti, New Mexico resident Wallace Dale, who is dual majoring in Electrical Engineering, a degree he should finish within the next two years.

Dale is a veteran of the U.S. Army and worked the majority of his life as a licensed journeyman electrician with IBEW Local Union 611 and as an apprentice lineman with Navajo Tribal Utility Authority before returning to school.

“I’m glad I made my decision to go back to school and pursue my childhood dream in becoming an electrical engineer. I’m also glad NTU depends on me for my leadership abilities and my ability to speak the Navajo language so I can speak on behalf of the students,” Dale said.

Another U.S. Army veteran, Robinson Tom of Crownpoint, New Mexico, will be making NTU history by becoming the first student to graduate with a four-year degree in Biology. The Bachelor of Science degree was approved by the Higher Learning Commission in 2017 and currently has over 30 enrolled students.

“I am thankful for the chance to be the first student to graduate from this rigorous Biology program,” explained Tom, who expressed gratitude toward his NTU professors and colleagues and mentors with the U.S. Army Research Laboratory and Harvard’s John A. Paulson School of Engineering and Applied Science. “I would tell students to express steadfast integrity towards their academic goals and always ask questions.”

NTU’s virtual commencement will be guided by NTU’s enrollment director, Delores Becenti, and will include remarks from NTU President Dr. Elmer J. Guy, Miss Navajo Technical University Leomi Foster, and NTU Student of the Year Nylana Murphy. Murphy serves as the vice president of NTU’s Student Senate and will be graduating with her Bachelor of Applied Science degree along with Student Senate President Deirdra Deswood and Student Secretary Wanda Jimmie.