Judge: US not unreasonably delaying virus relief for tribes 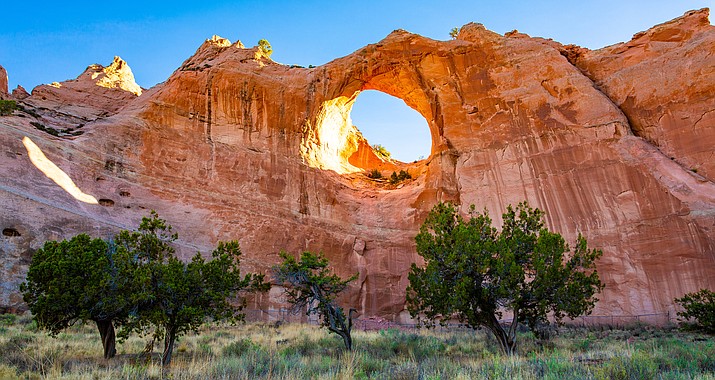 The department is tasked with disbursing $8 billion to tribes that was included in a relief package approved in late March. The payments didn't start going out until more than a week after the April 26 deadline set by Congress, and 40 percent of the money is being withheld.

Despite that, U.S. District Judge Amit Mehta in Washington, D.C., rejected an assertion that Treasury Secretary Steven Mnuchin was "twiddling his thumbs." Congress required Mnuchin to consult with tribes and the Interior Department before sending any payments, making the job more difficult.

The Treasury Department estimated it has spent about 2,200 hours so far on the effort.

Mehta said that amount of work should have produced better results but doesn't justify court intervention.

"'Egregious' delay is the governing standard, and the secretary is not there quite yet, even in the midst of a public health crisis," Mehta wrote in his ruling.

The tribes can renew their motion to force the distribution of the entire $8 billion if the Treasury Department takes more than twice the time Congress mandated, Mehta said.

"Treasury indicated as recently as last Thursday that it might not disburse the remaining funds for two months, a delay that the court's order explicitly says will not be acceptable," Keith Harper, an attorney for the tribes, said in a statement Tuesday. "We agree, and we, along with the court, will be closely following Treasury's progress and will not hesitate to renew our motion for immediate relief if Treasury continues to drag its feet."

The Treasury Department also used existing population data in issuing $4.8 billion in payments to tribes. But the department plans to gather more data from tribes on spending and employment numbers before releasing the rest. It also is holding back an undisclosed amount calculated for Alaska Native corporations until a separate lawsuit is resolved.

Mehta has limited the distribution of the funding to tribal nations in that case while he settles the question of eligibility. Attorneys hope to have a final decision by the end of June, according to a court document filed Tuesday.

The Treasury Department and the tribes disagree over whether the corporations, which own most Native lands in Alaska under a 1971 settlement but are not tribal governments, qualify for a share of the funding.

In other related developments

— The Inspector General's office also is looking into whether any Interior official violated ethics rules relating to the funding.

Some tribes have suggested that Tara Sweeney, who oversees the U.S. Bureau of Indian Affairs, has personal motives in ensuring Alaska Native corporations receive funding and have sought her resignation. Sweeney worked for nearly two decades for one of the regional corporations before taking the BIA job and remains a shareholder as a birthright.

The Interior Department said Sweeney is "upholding her ethical responsibilities and complies with all laws and regulations," relying on the advice of career ethics officials.