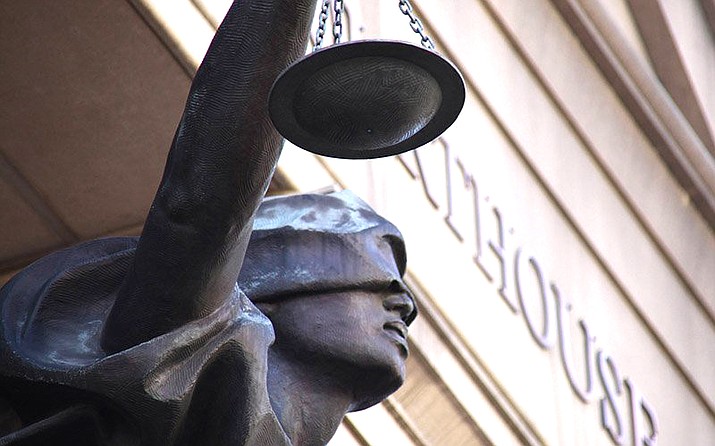 A federal appeals court panel upheld the death sentence for Lezmond Mitchell in a 2001 in a carjacking and murder on the Navajo Nation, even though two of the three judges expressed concerns about the case, which involves the only Native American on federal death row. (Photo/Tim Evanson, Creative Commons)

WASHINGTON — An appeals court April 30 upheld the death sentence for Lezmond Mitchell, the only Native American on federal death row, and one of five inmates targeted last year for execution under a revived federal death penalty policy.

A three-judge panel of the 9th U.S. Circuit Court of Appeals rejected Mitchell’s argument that he had a right to interview jurors in his trial – only one of whom was a Native American – for evidence of racial bias.

But that ruling came even as two of the three judges on the panel wrote concurring opinions expressing concerns over other aspects of Mitchell’s case and his death sentence, which had been opposed by the Navajo Nation, the victims’ families and, originally, federal prosecutors.

“It is worth pausing to consider why Mitchell faces the prospect of being the first person to be executed by the federal government for an intra-Indian crime, committed in Indian Country, by virtue of a carjacking resulting in death,” Judge Morgan Christen wrote in one of the concurring opinions.

The case began in October 2001 when Mitchell and Johnny Orsinger carjacked Alyce Slim, 63, and her 9-year-old granddaughter near Sawmill so they could use Slim’s GMC pickup truck to rob a trading post on the Navajo reservation.

Court records say the two men stabbed Slim 33 times, before putting her body in the backseat, where the girl was forced to sit by her grandmother’s mutilated corpse. They then drove into the mountains where they pulled Slim’s body out of the truck and ordered the girl out.

There, they ordered the 9-year-old to “lay down and die,” before slitting her throat twice, then dropping rocks on her head until she was dead. They severed the victims’ hands and heads to prevent identification before burying the bodies in a shallow hole.

Mitchell and two others carried out the planned robbery, then set the truck on fire. But police found evidence in the truck that led them to Mitchell, who told officers that he “stabbed the ‘old lady'” and dismembered the bodies before leading police to where they were buried.

Mitchell was indicted on 11 counts, including murder, carjacking resulting in a death, kidnapping and armed robbery. A jury convicted him on all counts in 2003, and the same jury then recommended a sentence of death in connection with the carjacking.

Federal law requires that prosecutors seek tribal approval of a death sentence in murder and other major crimes — but that rule did not apply to the then-relatively new capital offense of carjacking. Because the Navajo Nation opposes the death penalty, prosecutors could not seek it on the murder conviction of Mitchell, who is Navajo. But they could, and did, for the carjacking conviction.

Court documents said the Navajo Nation Department of Justice “did not support the death penalty for Mitchell because Navajo ‘culture and religion teaches us to value life and instruct against the taking of human life for vengeance.'”

In earlier appeals, courts have upheld the use of the carjacking death penalty in Mitchell’s case. But in his latest appeal, Mitchell raised a subsequent U.S. Supreme Court ruling that said evidence of “racial animus” by jurors could be used as a defense.

Mitchell said that in order to investigate whether the jury had “allowed bias or prejudice to cloud their judgement,” his attorneys should be allowed to interview the jurors in his case for evidence of racial bias.

A U.S. District Court rejected that claim and the 9th Circuit upheld that ruling April 30, saying that Mitchell had not shown the “extraordinary circumstances” that would allow jurors to be interviewed. It said the trial court took “significant steps to prevent racial bias.”

“Jurors were asked … about their attitudes towards Native Americans, were instructed not to consider race, and were required to sign a certification attesting they did not consider race,” Judge Sandra Ikuta wrote for the court, noting that jurors were also allowed to speak with attorneys after the case if they had concerns.

Attorneys for Mitchell said in a statement April 30 that the court’s ruling “puts prisoners like Lezmond Mitchell in an impossible position,” by denying them the ability to interview jurors for evidence of racial bias that they could use in his defense.

But the judges were clearly troubled by the circumstances in a case “where the Navajo Nation, and members of the victims’ family, have opposed impostion of the death penalty on the defendent.” Christen called it a “betrayal” of the tribal sovereignty the law is supposed to protect.

“This imposition of the death penalty in this case is a betrayal of a promise made to the Navajo Nation, and it demonstrates a deep disrepect for tribal sovereignty,” Christen wrote.

Judge Andrew Hurwitz said in a separate concurrence that while no one questions the brutality of the crime, or the right of the U.S. government to seek the death penalty, the sentence should still be reviewed.

“That the government had the right to make this decision does not make it right, and I respectfully suggest that the current executive should take a fresh look at the wisdom of imposing the death penalty,” he wrote.

Mitchell’s attorneys, Jonathan Aminoff and Celeste Bacchi, said they do not plan to give up.

“We will continue to pursue all available avenues of relief for Mr. Mitchell from his unconstitutional convictions and death sentence,” they said in an emailed statement.