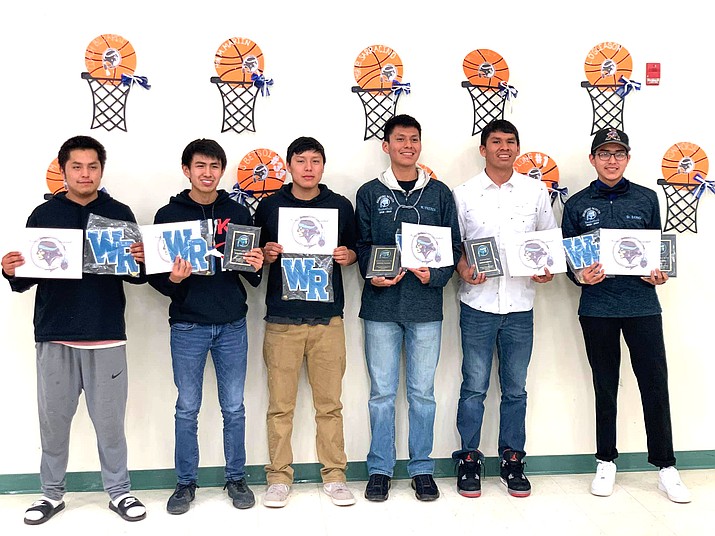 The Window Rock Fighting Scouts display their certificates of achievement at the basketball banquet March 5 in Window Rock. (Photo/Office of the President and Vice President)

“High School sports can teach anyone life skills that stick with each of you throughout your life. Learning to be responsible, teamwork, and hard work will take you far,” Nez said as he spoke about the lessons that can be learned from parents and coaches, along with the resiliency of Navajo ancestors. Nez reminded athletes about their future role as leaders in sports, community and the Navajo Nation.

Window Rock High School Alumni Randall Joe of Fort Defiance, also served as a guest speaker. Joe shared a message of determination along with videos of his nephew Anthony Seigler (Navajo) who was drafted by the New York Yankees in 2018.

Nez attended several Window Rock games throughout the 2019-2020 season and showed his support for the Fighting Scouts as they participated in the Arizona 3A state tournament.