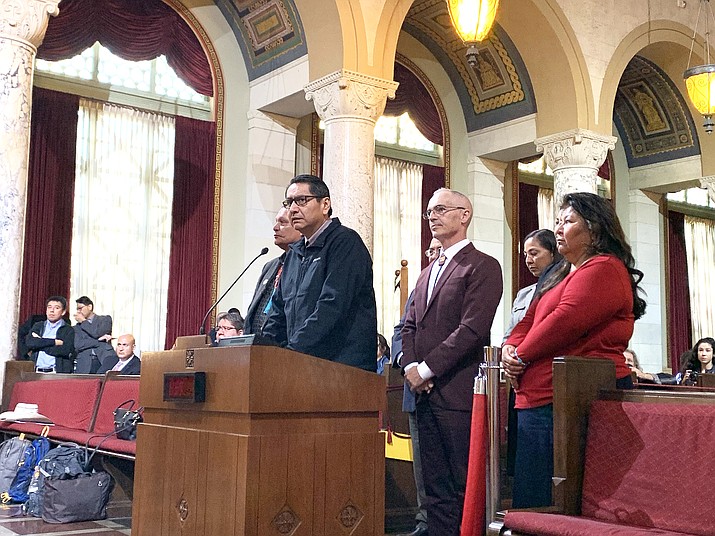 Nez explained that the Navajo Nation is moving forward with renewable energy development, as mandated by the Navajo people and the citizens of California. 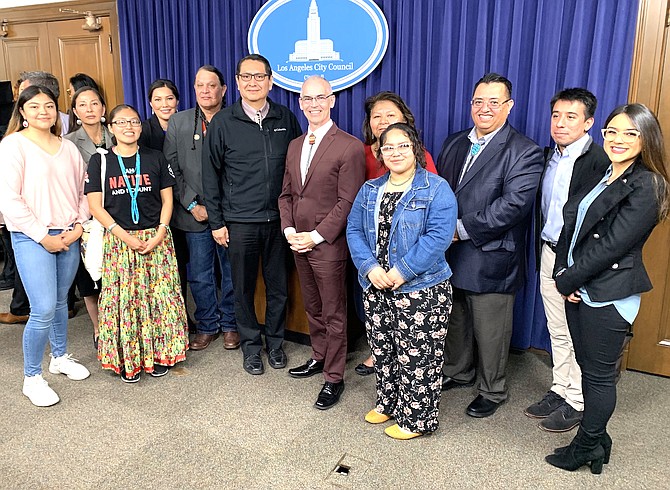 He asked for L.A. council member’s support to approve a motion made by O’Farrell last December, which instructs the L.A. Department of Water and Power to report in 30 days on the feasibility study.

“This is a win-win for everyone,” Nez said. “The demand for clean energy throughout the country is there and mandated by our people, our citizens, and it’s no different on the Navajo Nation. We have a young population on our Nation and they are demanding us to be better stewards of our land, and renewable energy is the way forward.”

The L.A. Department of Water and Power was one of several owners of the Navajo Generating Station, which closed in December along with Kayenta Mine, and led to a $30 to $50 million decline in annual revenue for the Navajo Nation. Nez said the Navajo Nation is looking to continue its partnership with the City of L.A. to move forward on a new path that prioritizes renewable energy development.

“We are resilient people since time immemorial. We could’ve easily said poor us on the Navajo Nation, but do you know what we said? We said we are overcomers. We want to be the leaders of renewable energy in Indian Country. We are moving forward on that path,” he added.

In 2018, state legislators approved a measure that requires 100-percent of California’s electricity to come from carbon-free sources and in April 2019, the L.A. adopted its own carbon-free energy plan that also calls for 100-percent renewables by 2045.

“As the City of Los Angeles takes a leadership role in renewable energy, we can lift other partners along with us across the state of California, across the entire United States as we power down coal and power up renewable sources of energy. This potential partnership with the Navajo Nation to encourage and pioneer renewable energy to replace coal is something the Los Angeles City Council can be proud of especially if there are mutual benefits for both parties,” O’Farrell said.

On Feb. 19, L.A. council members approved the motion to conduct the feasibility study. The L.A. Department of Water and Power is scheduled to provide a report in 30 days.

“The Navajo Nation appreciates the support of the Los Angeles City Council, Councilman O’Farrell, and the Los Angeles Department of Water and Power as we look to continue our partnership with the state of California,” Nez said.