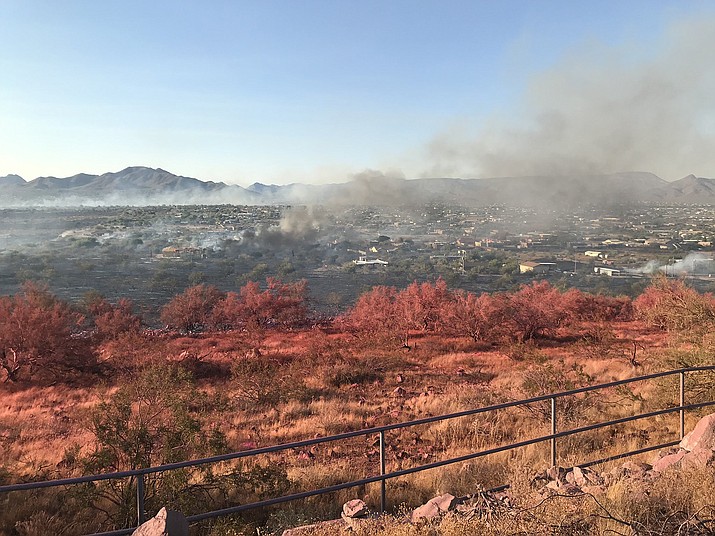 PHOENIX — One home burned and numerous secondary structures were lost in a fast-moving brush fire north of Phoenix July 23. The 897 acre fire is now contained.

Over 200 homes were evacuated as the fire quickly moved through the area Tuesday afternoon, according to authorities.

State Forestry officials say the fire started around 2:30 p.m. near 27th Avenue and the Carefree Highway and was burning through wash and heavy vegetation.

They said the flames were being fanned by windy conditions in the area, and 120 firefighters were battling the blaze.

Authorities said the cause of the brush fire is unclear.

Several fire departments in the surrounding cities worked to contain the blaze and protect nearby structures and homes.