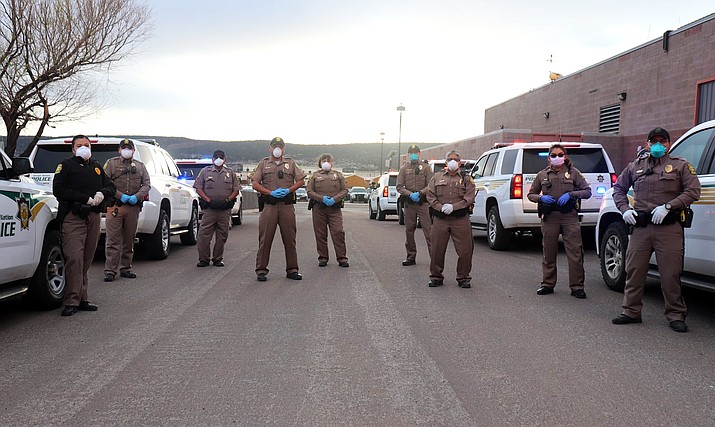 WINDOW ROCK, Ariz. — As the Navajo Nation faces an uncertain future brought on by the coronavirus, the Navajo Police Department has resumed its academy to equip new officers with training and guidance they will utilize in future careers.

On June 15, 25 recruits reported to the Navajo Police Training Academy in Chinle, Arizona.

Class 55 police recruits will be the fourth class to be trained under the Navajo Nation’s Police Academy since its reopening in 2018 and is the Academy’s first class to undergo a training program while dealing with a global pandemic. Leadership at the academy said they have adjusted the program to protect the health and safety of the recruits.

“We are implementing protocols and incorporating preventative measures that have been recommended by our partners with the Center for Disease Control and Indian Health Services (IHS) to ensure the health and wellbeing of our police recruits,” said Navajo Police Chief Phillip Francisco. 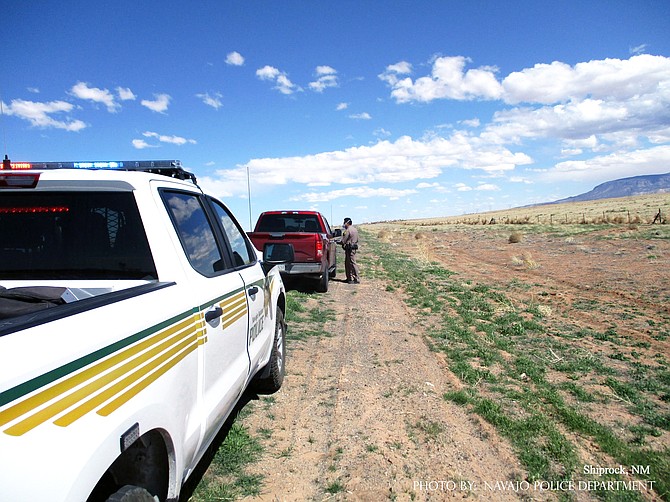 As recruits begin their training, even under unconventional circumstances, their first lesson in service and duty is understanding the dedication and commitment needed to be a Navajo Police Officer.

“Our officers encounter dangerous situations on any given day and this pandemic is an added layer of risk that our officers have to work through,” Francisco said. “Our current officers are leading the way and setting the example for these new recruits by showing the dedication NPD has for the people we serve, even during these uncertain times.”

Class 55 was originally scheduled to begin training in April, however, it was temporarily postponed until further notice because of COVID-19 on the Navajo Nation.

“This pandemic may have slowed our plans in the beginning but it is not going to stop us from moving forward. We need to resume our academy to plan for the future and to get more officers in our communities,” Francisco said.

Various factors influenced the reopening of the academy, including preparing for a possible second wave of the pandemic as well as filling position of veteran officers, who had announced retirement plans prior to the pandemic.

The department also had a total of 13 officers who tested positive to COVID-19. The Chinle District had the highest number of officers in isolation, which challenged the department in terms of coverage and also amplified the need to resume training efforts.

"It was a challenge at the time,” Francisco said. “Our officers were answering daily calls of service while also overseeing curfew enforcement operations in addition to providing coverage for the Chinle police district.”

Francisco said there has been a high demand placed on officers for the last several months.

“They did a great job raising to the challenge but we need to prepare for the future and continue to look out for the safety and wellbeing of our officers,” he said.

Currently, the Navajo Police Department has four officers who remain in isolation and nine who have recovered and returned to duty.

Protecting the health and safety of new recruits

The Navajo Police Department said recruits were screened for possible exposure to the virus and were given a rapid COIVD-19 test, administered by the Chinle Comprehensive Health Care Facility, when they arrive for training.

Additionally, the training program has temporarily transitioned from a 22-week program to 15 weeks, with all recruits required to remain at the facility for the entirety of their training. The training academy currently has restricted access and is closed to the public.

“The curriculum remains the same as it would be for the full 22-week program, we are not lessening the training time or cutting any curriculum, rather we will be extending the training days from four days a week to six days a week,” said Navajo Police Training Academy Lt. Emmett Yazzie.

To prioritize recruit safety, academy leadership has been working closely with health care physicians from the Chine IHS service unit and established partnerships with the Navajo Health Command Operations Center and CDC.

Dr. Jill Moses, director of public health with the Chinle Comprehensive Health Care Facility has also been working closely with the academy by taking a proactive approach, including participating in a facility walkthrough to discuss the academy’s protocol regarding sanitization and preventative measures.

Recruit training officers have also reached out to local businesses to allow time for recruits to shop for essentials and to use essential facilities in an effort to lessen the risk of exposure to COVID-19 when they are outside the academy gates.

“Many departments have continued their academy training during this pandemic and coming to the decision to resume the Navajo Nation’s police academy was not made lightly,” Francisco said. “Safety is of the highest priority and I have confidence that Lt. Yazzie and the training officers will leave no stone unturned to ensure our recruits will be successful and safe during their training.”

Recruits will be expected to practice daily preventative measures, including sanitization protocols for common use areas, wearing a mask at all times, monitor their temperature daily and practicing social distancing during classroom sessions.

The academy has also established protocols should a positive case arise during the academy. If a recruit tests positive at any time during the academy, they will be separated from the facility and remaining recruits will implement quarantine measures with everyone being retested by the local healthcare facility.

Individuals who cannot complete the training because of testing positive for COVID-19 will not be eliminated from the training program, instead, they will be allowed to return as part of a future academy class.

Class 55 is expected to graduate from the academy October 3.